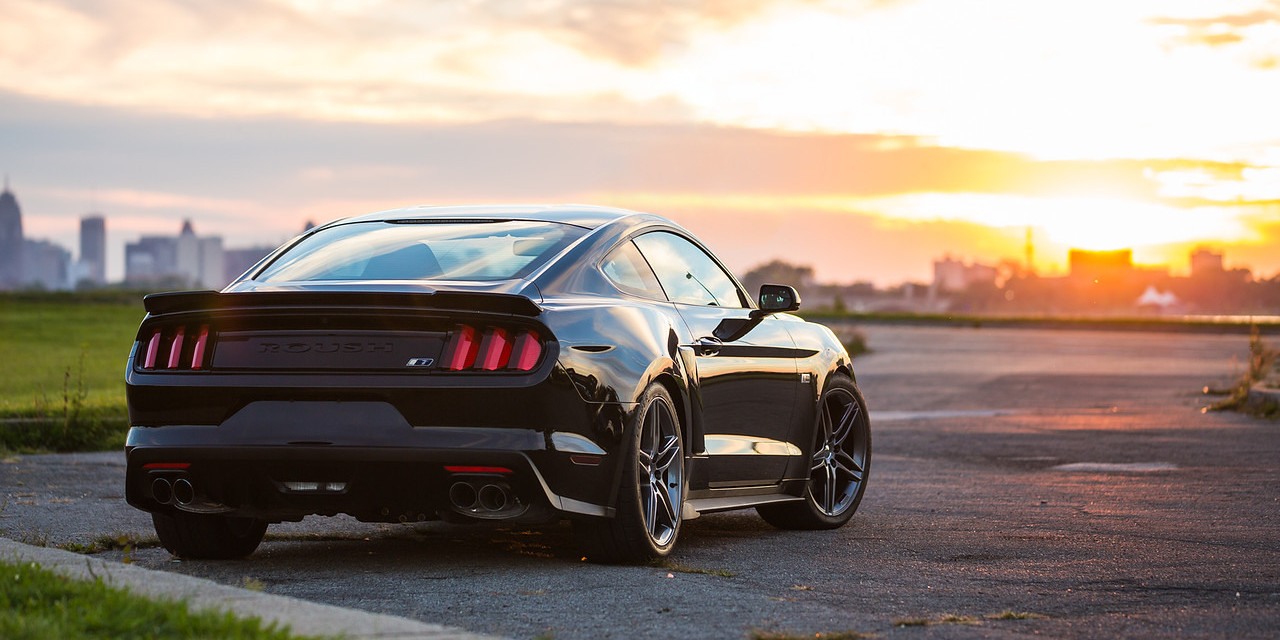 With Ford’s mid-cycle update to the Mustang pony car, naturally, it follows that Roush Performance is working on a corresponding update to its own modified, high-performance Mustang models. That much was confirmed recently when a spy photographer managed to capture one of the updated Roush Mustangs testing in the Rocky Mountains here in the US.

The “5.0” badges indicate that the spied Roush Mustang is of the V8-powered GT variety, meaning it has Ford’s new-and-improved, 460-horsepower gen-3 Coyote V8 under the hood. The 2017 Roush Stage 2 Mustang made do with an unaltered version of the gen-2 Coyote, so we suspect the new model won’t be getting a bump in power, either. A Stage 3 model with a TVS supercharger will likely come along at a later date.

However, rest assured that changes have been made; Motor1 reports that the roof of this 2018 Roush Mustang appeared to have been molded from carbon fiber for a decrease in weight, and the lower grille has very clearly been upsized. The hood vents look a bit bigger than stock, too, and sitting in front of the radiator is a horizontal-slat grille like that used on the 2017 car, with a Roush Stage 2 badge mounted toward the driver’s side.

Touches like special 20-inch wheels and body side scoops are missing from this spied 2018 Roush Stage 2 Mustang, so it’s possible the car was simply testing out a new, performance suspension like the 1-way-adjustable coilover system featured on the 2017 model. We imagine the wheels and side scoops will make it onto the production version.

Be sure to stop by Motor1.com for the 2018 Roush Mustang spy shots. Reportedly, we need only wait for the 2017 SEMA Show to see this high-performance Mustang’s official debut.