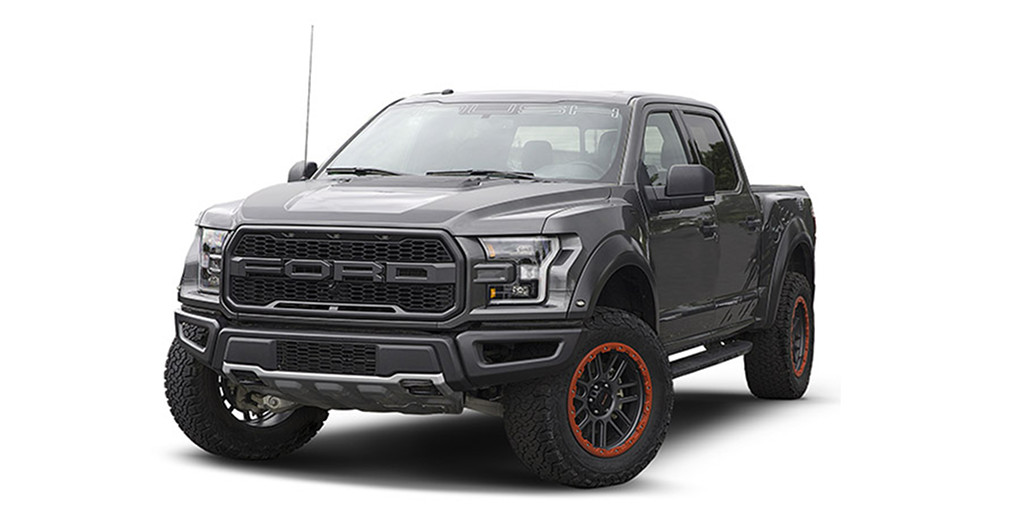 It would be difficult to argue that Ford’s performance division didn’t knock it out of the park with the new, 2017 Ford F-150 Raptor. The purpose-built, high-performance off-road truck boasts more suspension travel, more power, more torque, and a more sophisticated drivetrain than its 2009-’14 predecessor, all while weighing some 500 pounds less.

It’s a difficult package to try and improve upon, but the folks at Roush Performance have given it a go regardless, putting together the 2017 Roush Raptor. Priced at $13,500 on top of the cost of the donor F-150 Raptor, the Roush Raptor bolsters off-road capability with a set of exclusive Roush/Fox 3.0 high-performance off-road dampers. They’re valved, assembled, and built specially for Roush Performance, and feature position-sensitive damping with externally-adjustable bypass circuits.

The truck also features special 20-inch bead-lock-capable wheels with bead-protection rings in a color of the customer’s choosing, wrapped in BFGoodrich All-Terrain T/A KO2 tires, and a suite of aesthetic enhancements featuring Roush graphics on the bedside, hood, and windshield, along with permanent Roush tailgate and hood badges. Special headrest embroidery and a serialized console badge dress up the interior.

Late last month, production on the 2017 Roush Raptor officially kicked off, with Roush Performance announcing the start of production via its official Instagram account on September 22nd. Roush’s website doesn’t mention any sort of production limit, so the company will likely build just as many of the trucks as it receives orders for.

“Improving on the Raptor was a big challenge,” says Roush Performance VP of Marketing and Communications Nic Shafer. “Ford Performance has delivered the ultimate in street and off-road capability in the all new Raptor. We at Roush had to work hard to improve the vehicle for the serious off-road enthusiast, focusing on extreme off-road capability. We feel we have accomplished this with our all new Roush package.”