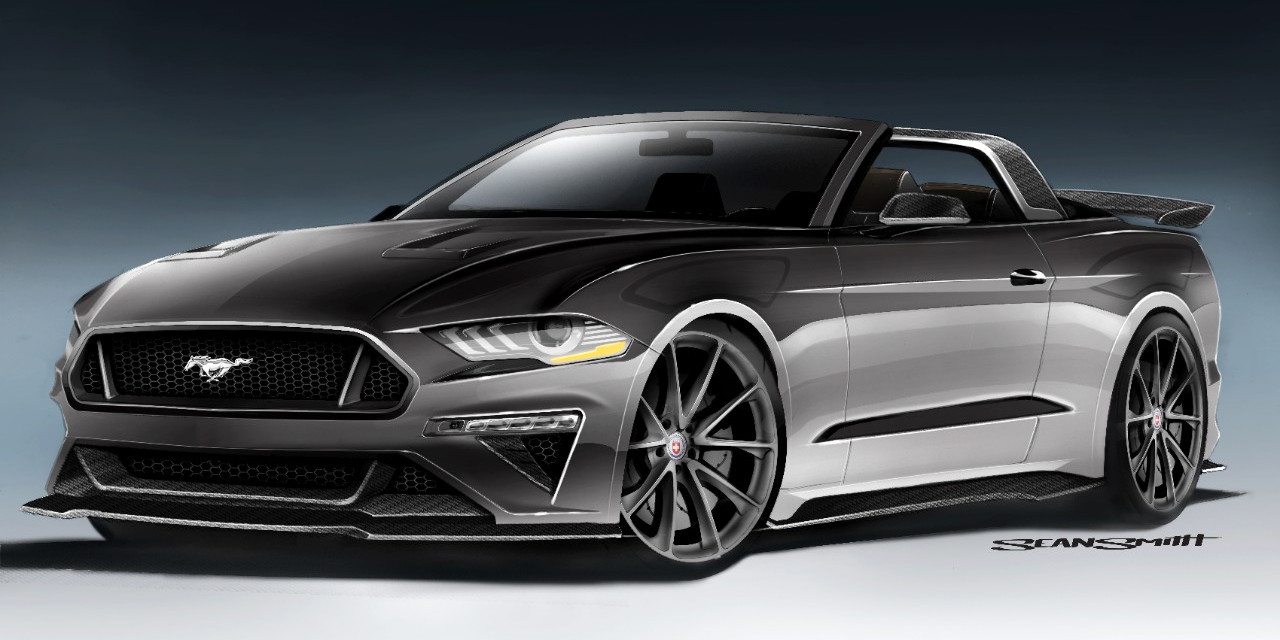 The allure of a roadster on the open road will never fade, and this 2018 Ford Mustang GT convertible from SpeedKore attempts to capture that magnetism by incorporating a mix of equal parts performance and panache. It’s slated to make its public debut at this year’s Specialty Equipment Market Association Show.

Less functional are the SpeedKore carbon-fiber mirror covers, air vents, Speed Flares, and exhaust tips, which all help elevate the outward appearance. There’s still more SpeedKore carbon fiber inside the cabin, including front and rear door panels, the tonneau cover, and the roll bar. A carbon-fiber dash appliqué from Ford Accessories helps complete the look, while the softer bits of the interior are trimmed in a custom “Bomber Brown” hue by Gabe’s Interiors, with matching seats.

SpeedKore’s custom 2018 Ford Mustang GT roadster will be shown at the Ford booth of the 2017 SEMA Show, which starts later in the month. For more news from the show, stay tuned.