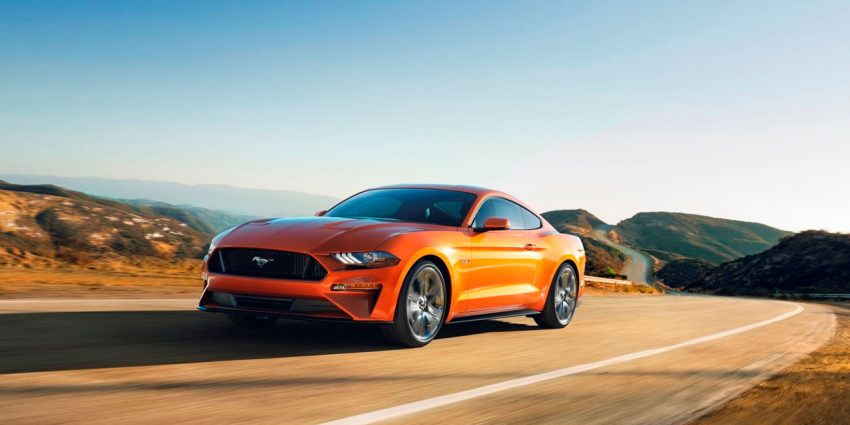 You may recall that, back in November of 2016, news broke that the newly-revamped, 2018 Ford Mustang GT would offer a “Performance Pack Level 2,” presumably building upon the regular GT Performance Pack with additional go-fast equipment in the hopes that Ford’s latest V8-powered pony car could prove a match for the Chevrolet Camaro SS 1LE. Now we’re inching closer to the car’s official US launch, and we still don’t know any specifics about the higher-tier performance package – nor whether it will indeed be offered at all.

Since the very first evidence of the Level 2 Performance Pack surfaced on Mustang6G last November, Road & Track notes, the option popped up again in a portion of an ordering guide procured and published by AutoGuide last July, and yet again in another ordering guide shared at Mustang6G the following month. A new, special wheel design reserved for PP2 was even spotted on a 2018 Ford Mustang GT test mule by CJ Pony Parts.

We’re pretty sure the option is coming. And yet, Road & Track reached out to Ford regarding this fabled, 1LE-fighting package, only to be told the automaker has “no news to share on Performance Pack Level 2 today.” That’s not a denial, but it hardly quenches our thirst for knowledge on the matter.

What We Think We Know

Based on all the information that’s out there, we believe that Performance Pack Level 2 will come along a bit after the 2018 Ford Mustang’s US launch, and will be offered only on 6-speed examples of the Mustang GT Premium. Its exclusive wheels will be half-an-inch wider front and rear, and if CJ Pony Parts’ photos can be believed, they’ll be wrapped in Michelin Pilot Sport Cup 2 tires – a step up from the regular Performance Pack’s Michelin Pilot Sport 4 S rubber.

More uncertain is whether the 2018 Mustang’s optional MagneRide dampers will come standard when PP2 is selected, but we’d guess the answer is yes. We also don’t know whether the package goes even further with regard to aerodynamics, engine and trans cooling, or lightweighting, but it’s not hard to imagine Ford sticking a somewhat more-aggressive spoiler on there, at the least.

We’ll just have to wait and see.