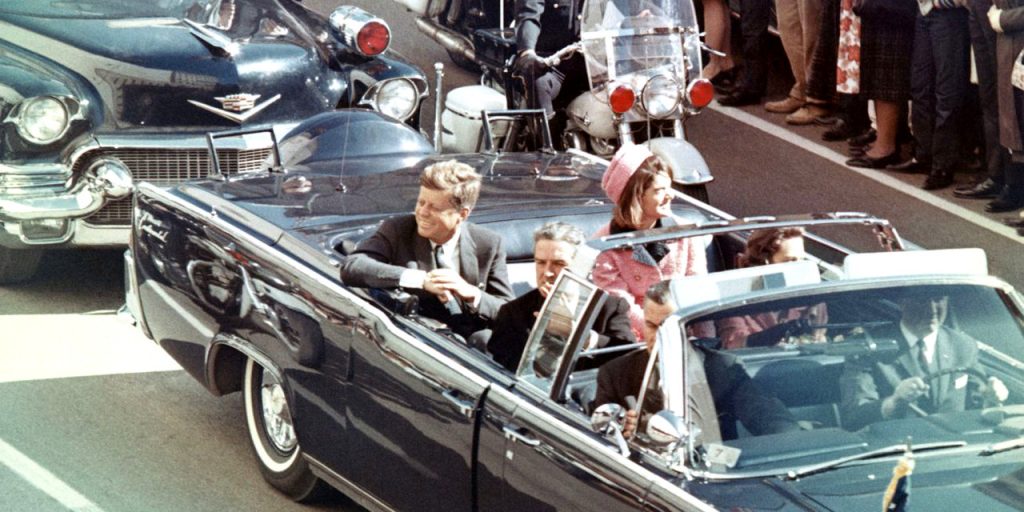 President John F. Kennedy’s 1963 assassination during a parade in Dallas, Texas is on many American’s minds after the National Archives released thousands of once-secret documents relating to his murder. As such, Dallas News felt it prudent to republish an article about JFK’s presidential limousine – a heavily-modified, 1961 Lincoln Continental convertible.

Today’s presidential limousines are about as protective as they can practically be made. According to Dallas News, President Barack Obama’s limousine, a Cadillac nicknamed “The Beast”, weighed around 15k pounds after being transformed from ordinary passenger car into an impenetrable fortress. The blast-resistant car featured 8-inch-thick rear doors, kevlar-reinforced run-flat tires, an onboard oxygen system, and a supply of the former president’s blood type: AB-negative.

To put it frankly, JFK’s presidential limo featured none of that.

The White House leased the Lincoln Continental directly from Ford for $500 per year, and paid $200k to Cincinnati’s Hess and Eisenhardt for modifications, few of them relating to protective equipment. The upgrades included three-and-a-half feet of added length, two radio telephones, stowable, front-facing jumper seats in the middle row, a rear seat that could be raised hydraulically to give a better view of the car’s occupants, and a six-piece clear plastic roof system that could be packed away in the trunk.

That clear plastic bubble roof was not installed when one or more gunmen opened fire on the president during his parade through the streets of Dallas on November 22nd, 1963, but it likely wouldn’t have made a whole lot of difference.

The bubble roof, it is now known, was not bullet-resistant, let alone bulletproof. A summary report from a Secret Service agent on detail that day described the top as being bulletproof, but curator Gary Mack of Dallas’ Sixth Floor Museum says this is likely because that agent did not want other agencies to know it offered no real protection.

There was no protective armor anywhere else on the vehicle, either, leaving JFK and the rest of the limo’s occupants very vulnerable.

Interestingly, the car was quickly rebuilt after JFK’s assassination, serving not only Lyndon B. Johnson, but Richard Nixon and Gerald Ford after him. It was finally retired after serving Jimmy Carter’s first year in office. Granted, hundreds of thousands of dollars in additional modifications had been made before it was pressed back into service, including the addition of titanium armor, a non-removable roof, bullet-resistant windows with sheets of polycarbonate vinyl packed between each of the five layers of plate glass, and an early form of run-flat tires.

Today, the car is on display at The Henry Ford Museum, where it is reportedly one of the most popular exhibits.