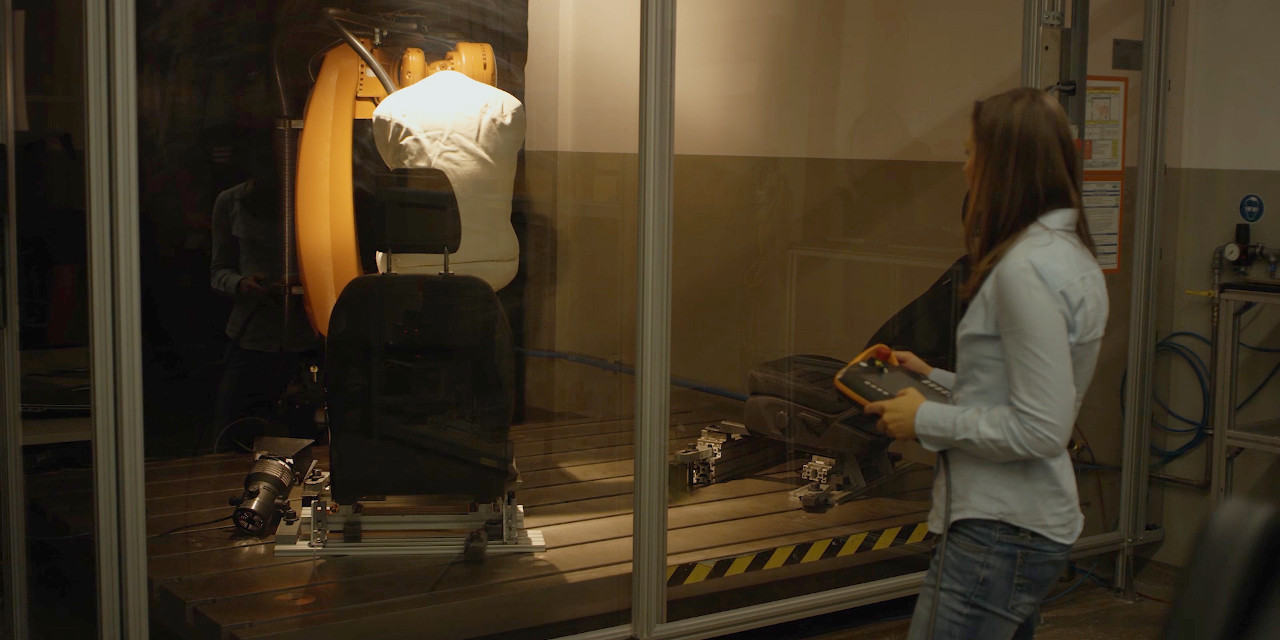 Ford’s durability engineers have plenty to do these days. They can’t afford to put everything on hold while they plop down on a single seat thousands and thousands of times to test its ability to withstand so much abuse from the human arse.

That’s where Ford’s “Robutt” – a highly-specialized automaton designed to replicate normal seat wear from end users – comes in. Over a span of about three weeks, the Ford Robutt simulates some 25k sittings, which is equivalent to roughly ten years of real-world use. Ford Europe first “pressed” the Robutt into service on the all-new, 2018 Ford Fiesta subcompact, basing the automaton’s proportions on an “average-sized large man”, its movements informed by how humans actually get into and out of their vehicle seats, as drawn from pressure map data. Robutt testing is now being used across Ford’s European lineup.

“From the first moment we get into a car, the seat creates an impression of comfort and quality,” says Ford Europe Durability Engineer Svenja Froehlich, who works out of Ford’s European Headquarters in Cologne, Germany. “Previously, we used pneumatic cylinders that simply moved up and down. With the ‘Robutt’, we are now able to replicate very accurately how people really behave.”