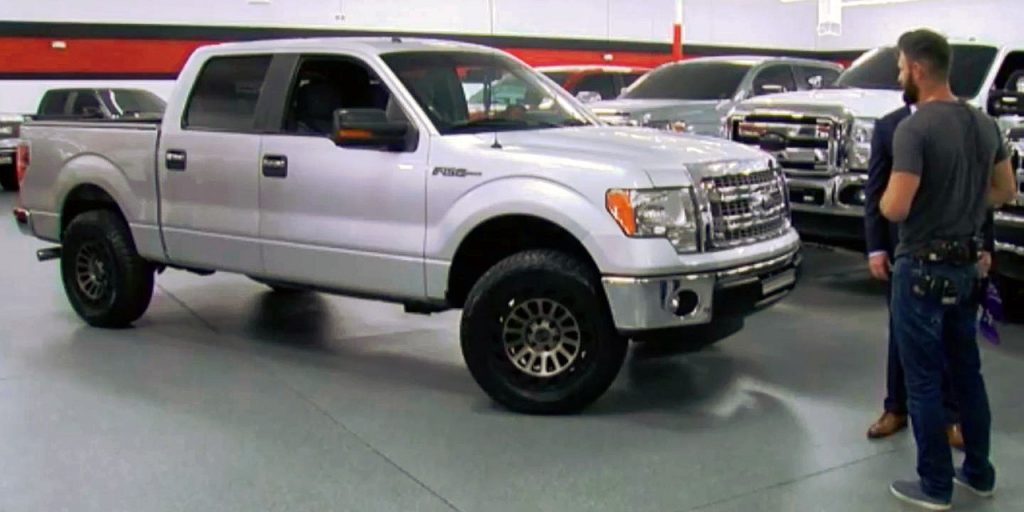 Twenty-nine-year-old Taylor Winston – a marine veteran who served two tours in Iraq before being honorably discharged – was at the Route 91 Harvest country music festival in Las Vegas on October 1st when a man in a nearby hotel room opened fire on the crowd of concert-goers, killing 58 and injuring hundreds more. He helped his friends and dozens of strangers climb a fence to safety when the violence broke out and, thinking quickly, took a nearby pickup truck to drive wounded persons to the hospital.

He rescued an estimated 15 to 20 people in this way, The Drive reports, driving back and forth between the festival and the hospital with victims piled into the Silverado’s extended cargo bed.

His story went viral, attracting the attention of B5 Motors in Gilbert, Arizona, which was moved to give Mr. Winston a 2013 Ford F-150 as a thanks for his heroic deeds. He accepted the keys on Sunday, remarking the whole time on how hard it was for him to accept the gift, and how he felt “fortunate.” True to his demonstrated capacity for self-sacrifice, Winston says he now plans to sell his old truck and donating the proceeds to victims of the Las Vegas shooting.

ABC15 Arizona published video on Facebook capturing Taylor Winston’s comments while accepting the keys to his new Ford F-150, and he’s every bit as humble as you might imagine.

“I’ve been given a lot more credit than I deserve,” Winston told reporters after receiving the truck. “At first, I was definitely terrified as well as anyone else… It wasn’t until we had gotten a bunch of people over the fence… that a friend had yelled, ‘just leave, keep going,’ ’cause he wanted to go get more friends, and that’s when it kind of snapped that we needed to do something.”

You can watch the video right here: