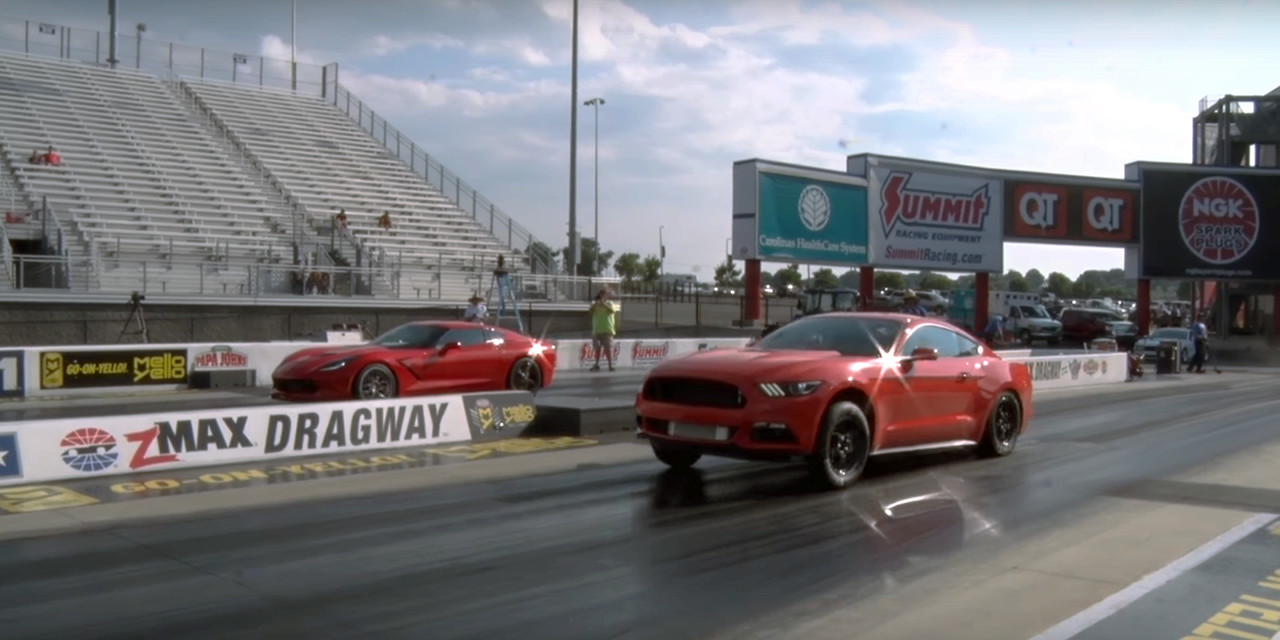 While the siren song of the Ford Mustang GT and it’s big, American V8 is difficult to tune out, the four-cylinder Mustang EcoBoost is busy proving itself a formidable performance car all the same. From the factory, Ford’s 2.3-liter EcoBoost I4 provides 310 horsepower and 320 lb-ft of torque. That’s plenty enough on its own, but who, after all, is immune to the charms of a built motor, a bigger turbocharger, and “close to 600” horsepower?

No one, we’d imagine.

In the clip above from 1320Video, we get to see what is supposedly the “fastest EcoBoost” Mustang with a 6-speed stick in the world as it does its thing at the drag strip, achieving a best quarter-mile time of 10.96 seconds at 129 mph. For reference, a bone-stock Mustang GT will reportedly run the quarter-mile in the high 12s.