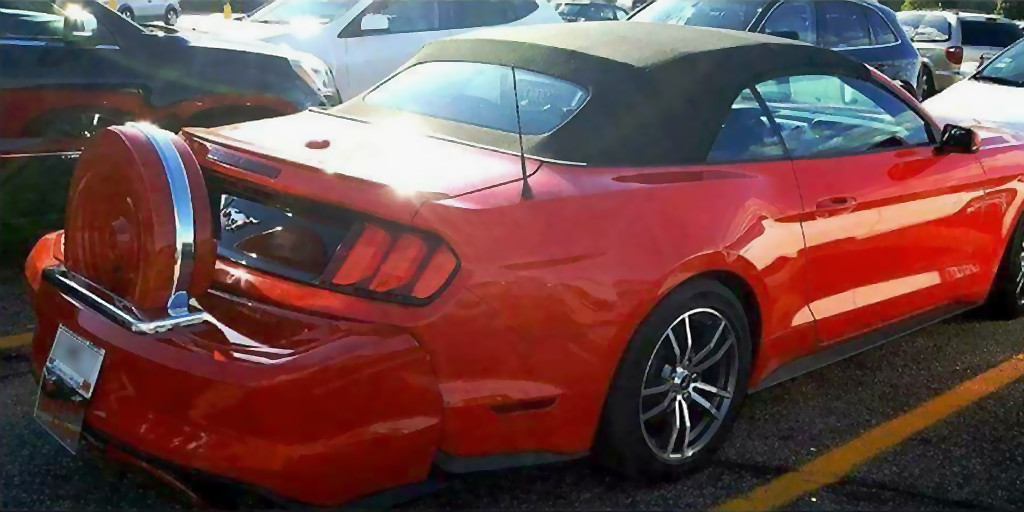 Nothing says class like a continental spare. That is, unless that spare is mounted on the back of a sporty coupe like the S550 Ford Mustang. Or mounting it requires a protruding, two-foot extension on the back bumper.

We were blindsided and rendered speechless when we came across these images of this obnoxiously-modified Mustang on subreddit r/Shitty_Car_Mods, submitted by user “grays007”. They depict a current-generation Ford pony car of such unholy distastefulness, conceived and constructed with such wanton disregard for tact and common decency, that we’re contemplating phoning our elected representatives. You might consider doing the same. Problem number one for this modified S550 Ford Mustang: a continental spare is going to look tasteless and out-of-place on most any modern car not designed for it. In fact, just about the only context in which the continental spare feels at-home these days is on an SUV, and even there, it’s more of a practical, utilitarian feature than a fashion accessory.

Problem number two: the execution here handily takes things from bad to worse. There’s a massive gap between the factory rear bumper cover and its added extension; the sculpture is completely mismatched between the two pieces; and for some vexing reason, there’s chrome finish present.

Someone save this Mustang, please.