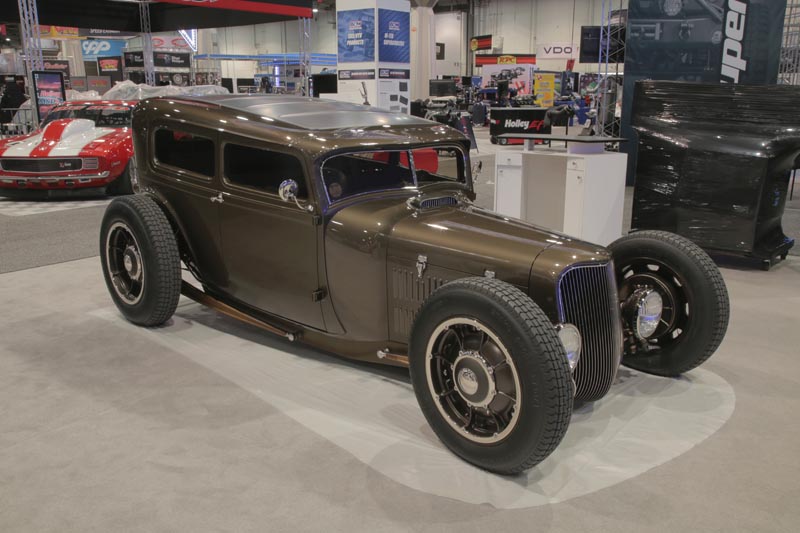 This 1929 Ford Model A Tudor sedan – built by Rad Rides and owned by Troy Trepanier – was selected as the winner of this year’s Battle of the Builders at SEMA. The hand-built Ford Model A is a perfect combination of elegance and toughness, and we think it could’ve won the competition based on looks alone.

The fully customized body flaunts a one-off grille shell and insert, and is finished in a magnificent Glasurit bronze paint. On the inside, Rad Rides fitted a custom interior comprised of: a bowed headliner, German square weave carpeting, hand-tipped Italian leather, and hand-built seat frames and cushions. Sounds like quite the bespoke build if you ask us.

While the main highlights of this Ford Model A are found in the interior and exterior, it still offers stout performance with a GM aluminum small block, Legends 5-speed manual transmission equipped with a Hurst short shifter, and a modified Halibrand rear end.

Congrats to the crew at Rad Rides for putting together one heck of a Ford Model A and going home with a win.