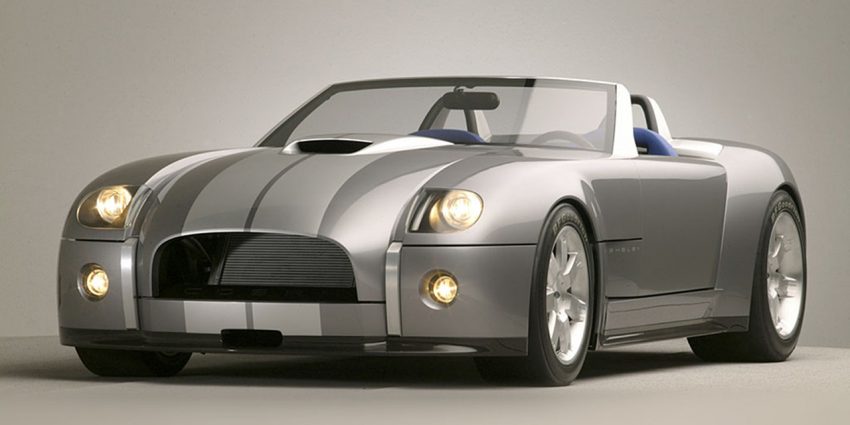 The oft-forgotten Ford Shelby Cobra concept that debuted at the 2004 Detroit North American International Auto Show just sold to benefit an effort to restore the Fair Lane estate, and you’ll never guess who bought it.

Chris Theodore – an automotive engineer who led programs such as the Dodge Viper, Plymouth Prowler, and first-generation Ford GT – purchased the 2004 Ford Shelby Cobra concept that he helped to create, for the sum of $825,000 at a GAA auction. He plans on making the car roadworthy, even though legally, it can’t be driven on public roads.

The Ford Shelby Cobra concept was designed as a retro-modern throwback to the original Ford-powered Shelby/AC Cobra. It’s powered by a mid-front-mounted 6.4-liter V10 with four valves per cylinder, which spins to 7,500 RPM and produces 605 horsepower without any help from forced-induction. It has no roof, no windows, and a rear-mounted transaxle.

Theodore says he plans to display the Ford Shelby Cobra concept alongside a classic Shelby Cobra that he’s building.

“It’s in beautiful condition and it has been very well taken care of,” he says of the 2004 concept car.

The Fair Lane estate, which is the beneficiary of Chris Theodore’s $825,000 purchase, was the home of Ford Motor Company founder Henry Ford and his wife, Clara. It’s currently being restored to look and feel like it did back in 1919.