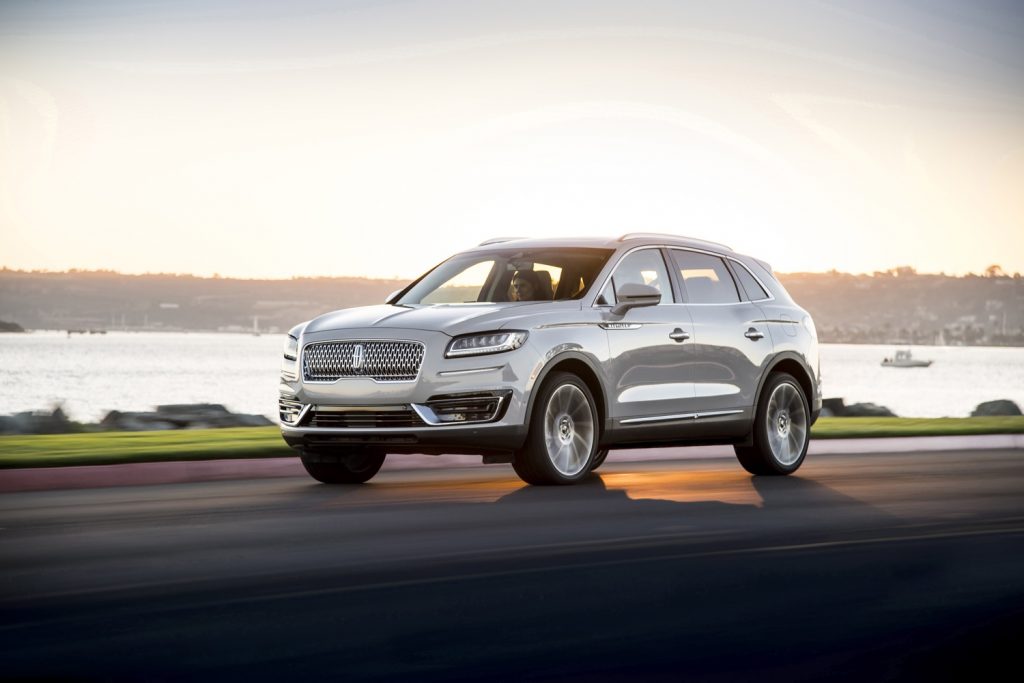 Lincoln recently hinted the “MK” naming strategy may be on the way out, and the latest leak seems to cement such a decision. On Tuesday, the 2019 Lincoln Nautilus made its debut ahead of the 2017 Los Angeles Auto Show.

“Nautilus” recalls a trademark Ford filed last September as first discovered by Ford Authority. The name replaces the “MKX” nameplate for the brand’s largest crossover offering, at least for the time being. Notably, the 2019 Nautilus channels the Continental and Navigator with the brand’s new signature grille. The look most recently made its way to the refreshed MKC. Strangely enough, the MKC did not earn a new nameplate with its refresh. Overall, the new look appears quite at home and wears much better than the winged grille seen on the outgoing MKX. The Nautilus also gets a slight nip-tuck with updated taillights over the MKX, though the changes are minor at best. The bright red taillights are replaced with a lighter hue that still stretches along the entire rear end. We’d see it’s a very refreshing… refresh.

Inside, the interior remains rather the same as the MKX, though the driver will now see a 12.3-inch reconfigurable display where the old gauges once sat. Three Black Label trims will also debut with the Nautilus: Chalet, Thoroughbred and the all-new Gala theme. On the powertrain side of things, the Nautilus will lose the MKX’s 3.7-liter V6 engine in favor of an all-turbocharged lineup. A 2.0-liter turbocharged four-cylinder engine will be the base engine in the Lincoln Nautilus, while the twin-turbocharged 2.7-liter V6 will remain optional. The 2.0L provides a standard 245 horsepower, while the twin-turbo V6 cranks out 335 hp. Both will pair to an eight-speed automatic transmission.

Two new active safety features make their debut as well. The 2019 Nautilus will boast a lane-centering feature that pairs with adaptive cruise control with stop-and-go functionality. With the help of radar and cameras, it will keep the Nautilus’ lane position centered. Additionally, evasive steer assist will help mitigate the distance between slow moving and stationary cars to lessen the chance of a rear-end collision. If the system predicts a high risk, it will assist the driver in steering around the other vehicle.

So far, we like what we see from the Lincoln Nautilus, including the absence of the MKX name. We’ll learn additional details in the months to come before the 2019 Lincoln Nautilus goes on sale in spring 2018.