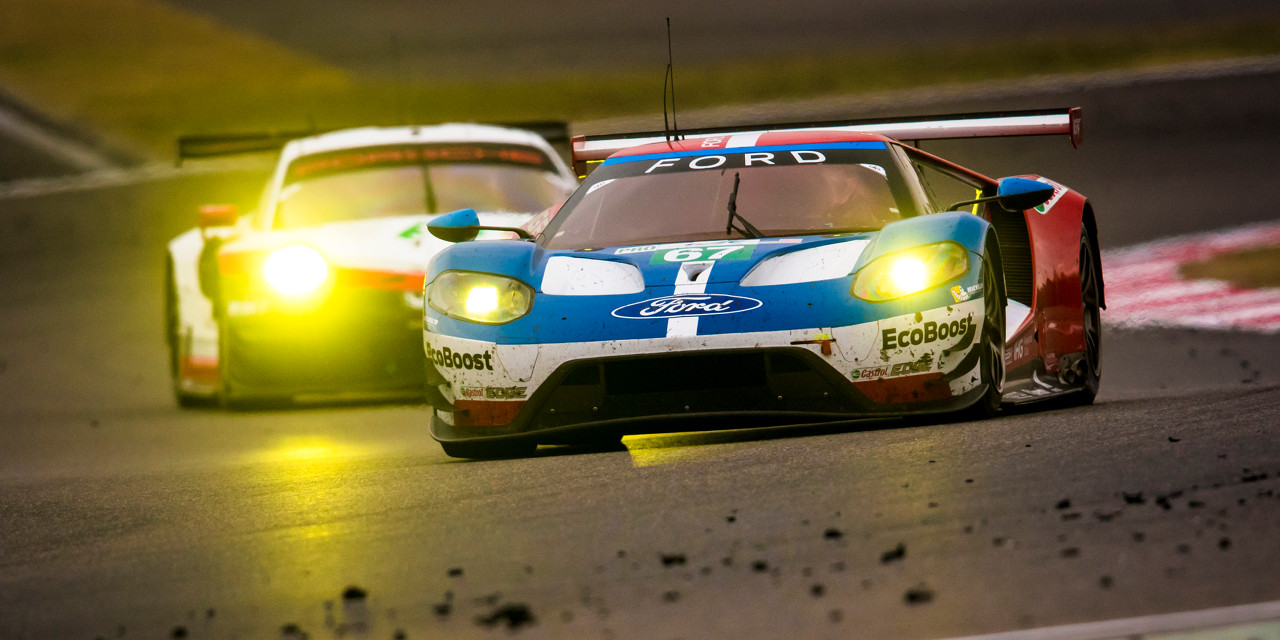 Drivers Andy Priaulx and Harry Tincknell from the UK, who pilot the No. 67 Ford GT full-time in the FIA World Endurance Championship, will head into the 6 Hours of Bahrain 2017 season finale with a shot at winning the championship, thanks to a victory at last weekend’s 6 Hours of Shanghai. The No. 67 car started in fourth from the grid, slipping back to sixth before fighting its way through the field and passing the No. 91 Porsche for the lead with just over two hours remaining in the race.

The No. 66 Ford GT, driven by Stefan Mücke and Olivier Pla, left the grid in fifth, surging through traffic to reach third during the first lap. Unfortunately, during the team’s second pit-stop of the race, the door didn’t shut properly, costing valuable time. Mücke and Pla ended up bringing the No. 66 car across the line in fourth.

“That was a big win… not just for this race but for the Championship,” says Ford Performance Director Dave Pericak. “We are definitely now within striking distance and look forward to closing the deal in Bahrain. The competition is strong and we fell short on the Manufacturer’s title but congratulate Ferrari and look forward to competing against them again next year.”

The No. 67 Ford GT of Priaulx and Tincknell is currently in third in the Team Championship standings, with 131 points to AF Corse’s 146, and Porsche’s 133. The 6 Hours of Bahrain will take place on Saturday, November 18th.