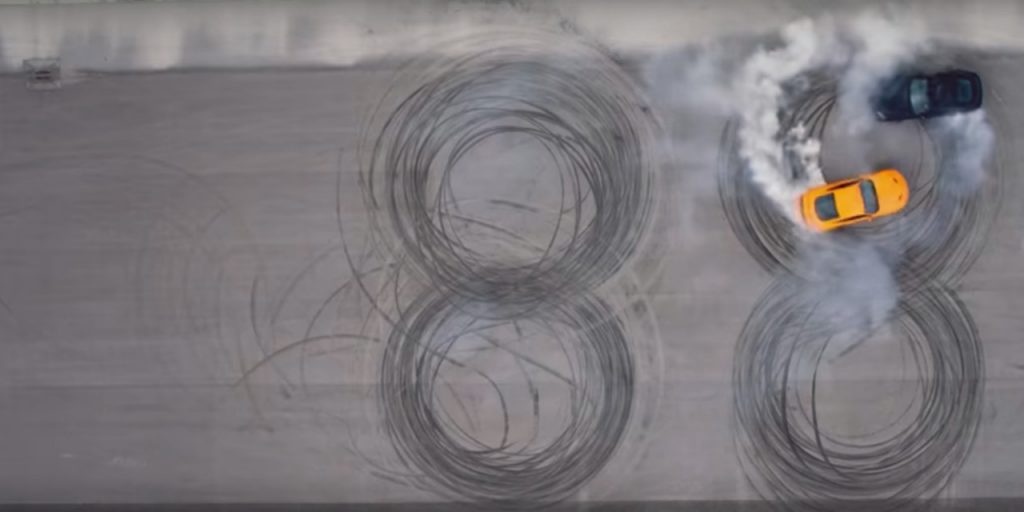 Longtime Chevrolet NASCAR driver Dale Earnhardt Jr., two-time winner of the Daytona 500, has officially hung his hat and retired from full-time stock car racing. That could be cause for celebration over at Ford, which no longer has to worry about competing with one of NASCAR’s greatest drivers.

But if the Blue Oval is indeed celebrating, it’s doing so in private; the automaker decided to put camaraderie ahead of rivalry, staging a smoky burnout of a tribute to the retired Chevy NASCAR driver. The video above captures the show of good will, which had six drivers in Ford Mustang GTs lay down rubber on an empty track in the shape of a gigantic “88” – Earnhardt’s car number.

Dale Earnhardt Jr. is a giant in the world of stock car racing, being the son of late NASCAR driver Dale Earnhardt Sr., and fourteen-time Most Popular Driver Award winner. Over the course of his career, he racked up an impressive 26 Cup Series wins. For 2018, he will join the NASCAR on NBC broadcast team, and continue his ownership of JR Motorsports, which competes in the NASCAR Xfinity Series.