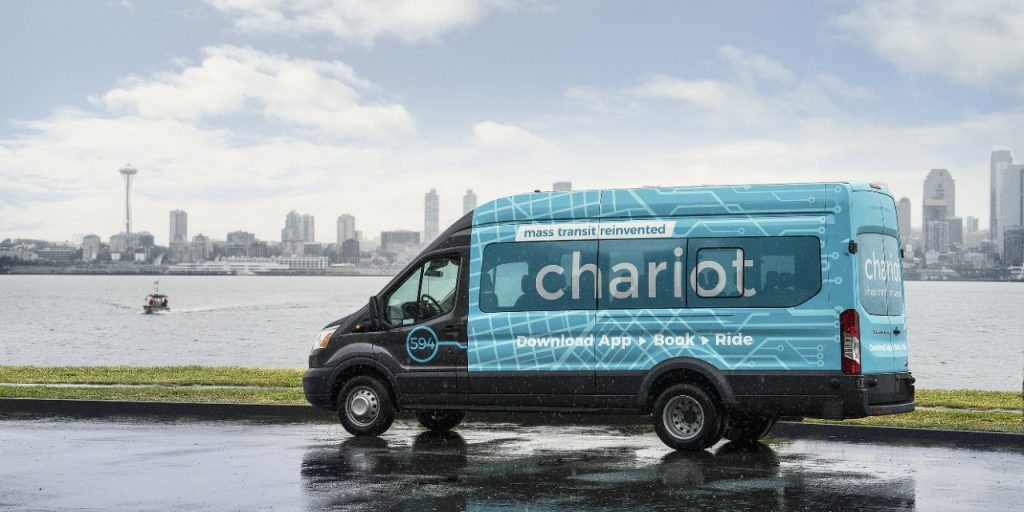 Ford is planning to expand its on-demand Chariot shuttle service to Seattle, Washington in the first quarter of next year, according to Chariot CEO and founder Ali Vahabzedah, with a roll-out in London, England also reportedly in the works. Ford itself originally announced a Seattle expansion earlier this year, but the move appears to have been delayed due to concerns from city officials.

Seattle marks Chariot’s fourth market in the United States, while London could be the Ford-owned startup’s first international city of operation.

Vahabzedah told GeekWire about the Q1-2018 Seattle expansion target last week, stating that the city “has the potential to be Chariot’s most successful market,” with as many as 100k users by 2019. The startup already runs its enterprise service in the city, which allows employers to transport employees to and from work along a pre-selected route, but doesn’t provide on-demand service.

Vahabzedah further told GeekWire that 2019 is when we might start to see electrification on Chariot shuttles, with the vehicles someday becoming fully propelled by electrons.

Chariot’s planned expansion in London was reported by The Telegraph, which said that the startup had applied with Transport for London (TfL) to operate shuttles along six routes in London, varying from 2.4 to 5.6 miles in length.

A Ford spokesperson told The Telegraph: “We have applied for the relevant licenses to operate a commuter microtransit service in London that would complement the existing public transport system. We are now awaiting a response from TfL regarding our applications for London Service Permits.”

Both Seattle and London are prime targets for the on-demand shuttle company, as each city is densely populated and suffers from heavy traffic congestion. According to a Ford-funded study, each Chariot shuttle in operation can mean as many as 25 fewer cars on the road, potentially putting a sizable dent in the number of personal vehicles clogging up roadways.