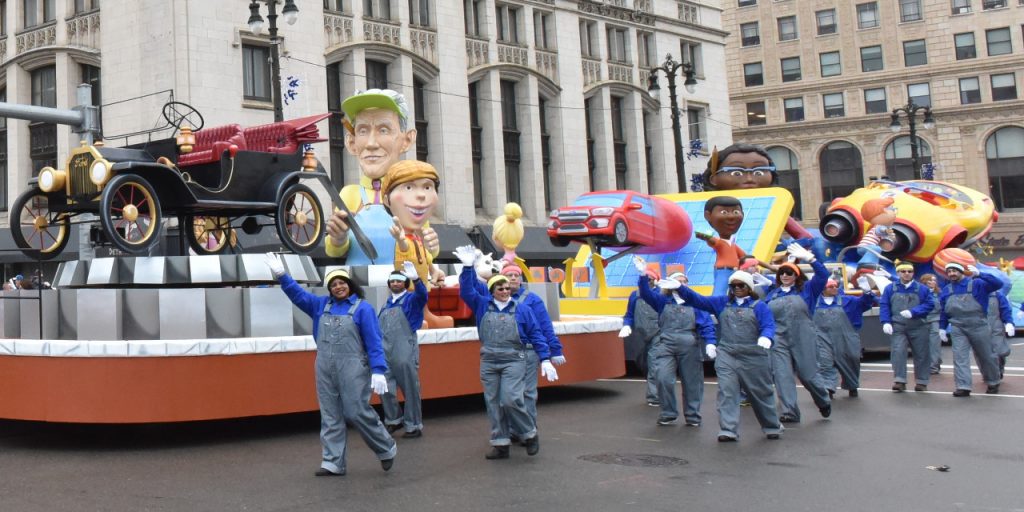 Ford is once again returning to support the annual “America’s Thanksgiving Parade” in Detroit, with a fleet of more than 45 Ford cars, trucks, and SUVs set to help power the event, pulling floats and transporting celebrities. Ford is the official vehicle of the parade, which is now in its 91st year, and numbers among the biggest and longest-running in the United States.

Also returning this year will be Ford’s “Mobility One” parade float, which packs more than 110 years of Ford Motor Company history into a 90-foot-long space, looking back on the company’s past while capturing some of its ambitious plans for the future.

“Generations of men, women and children have cherished memories of the parade and the joy and excitement they shared as a family,” says Jim Vella, President of the Ford Motor Company Fund – the automaker’s philanthropic arm. “Ford is proud to support America’s Thanksgiving Parade, the Ford Fireworks and so many other social activities that enrich our community life and make us all Detroiters.”

As always, the parade this year will fall on Thanksgiving Day, which is Thursday, November 23rd. It will start at 8:50am at Woodward and Kirby near the DIA, and a live broadcast will be available locally on WDIV-TV from 10am to noon.