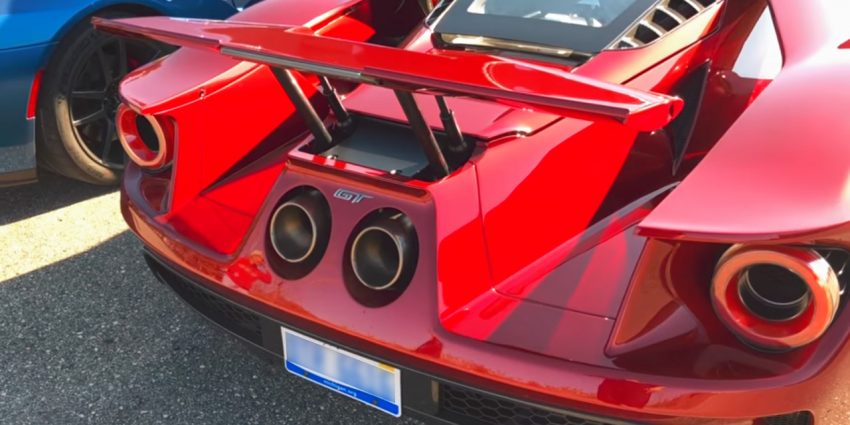 Many were surprised back in early-2015 when Ford Performance first unveiled the new Ford GT supercar, revealing that, instead of a good old American V8, there would be a twin-turbocharged EcoBoost V6 under the rear clamshell. People don’t necessarily think less of the Jaguar XJ220 for using such an engine configuration, but that car wasn’t American, and the nameplate hadn’t had a Le Mans-winning history upon which to draw.

We like to think the issue has since been put to bed, with both the new Ford GT and the new F-150 Raptor demonstrating just how fast a V6-powered automobile can be, and how well it can scoot.

But for Ford GT owners who still demand something a bit more special from their exhaust note, Ford’s factory titanium exhaust option is ready to serve. Titanium exhaust systems not only tend to be lighter than their steel counterparts, but they offer a unique, exotic timbre to boot. You can hear the difference for yourself by watching the video above, which compares the sounds of two factory-stock Ford GT supercars – one with the base exhaust, and one with the titanium option.

Who ever said a V6 can’t sound magnificent?