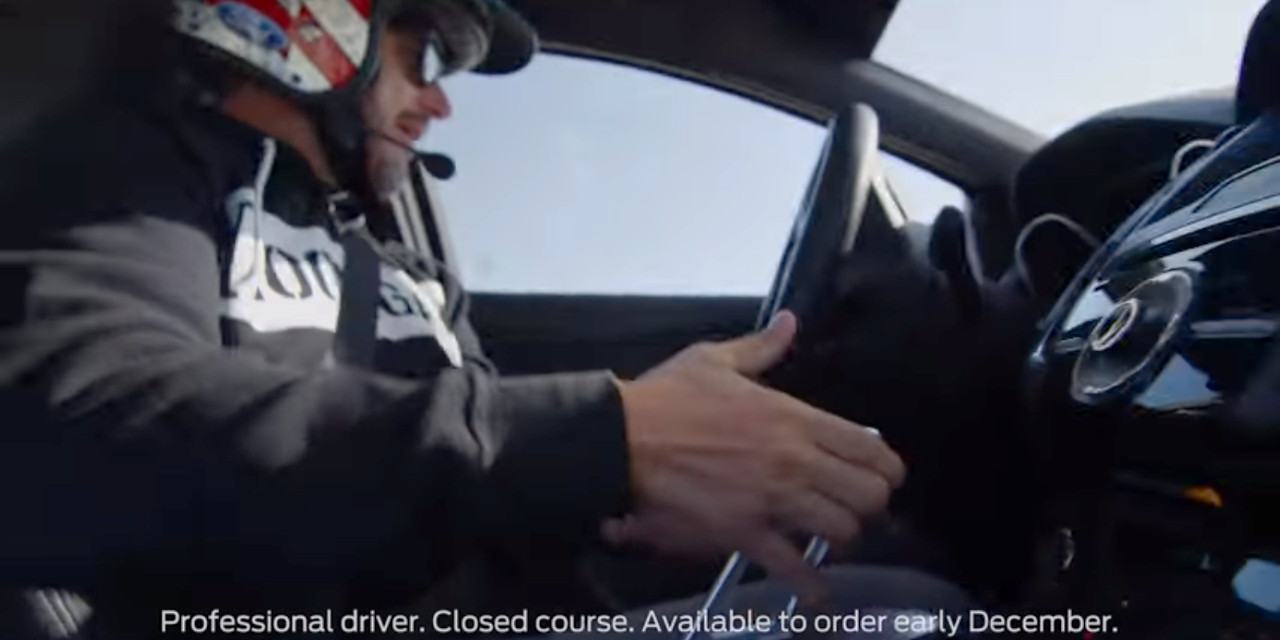 As we reported yesterday, at the 2017 SEMA Show currently in progress in Las Vegas, Ford Performance dropped the “Drift Stick”: a new, $1,000 part for the Mk III Ford Focus RS that electronically mimics the effects of an honest-to-goodness hydraulic handbrake. If you were at all upset when the hottest of Ford’s hot hatches debuted sans handbrake in 2016, we figure this ought to make up for it.

If you’re not familiar with hydraulic handbrakes, that’s okay; you almost certainly don’t have one on your road car. They come from the world of rally racing, where they’re used to quickly, reliably break rear-wheel traction in order to induce oversteer – in other words, to initiate a drift. They’re different from the standard, ratcheting handbrakes we’re all used to in that they use hydraulic pressure – not a cable – to brake the rear wheels, and they have no ratcheting mechanism, as they aren’t intended for use in parking the car.

The new Drift Stick revealed by Ford Performance mimics the operation of a hydraulic handbrake using electronics. When yanked on, it tells the drivetrain ECU to disconnect the rear axle, and commands the anti-lock braking system to apply pressure to only the rear brakes, locking up those wheels to induce oversteer.

Before eventually signing off on the innovative new Focus RS Drift Stick, Ford Performance reached out to pro driver Ken Block – an experienced rally and rallycross driver, consultant during the development of the Mk III Focus RS, and king Hoonigan. The video above depicts some of Block’s Drift Stick testing.