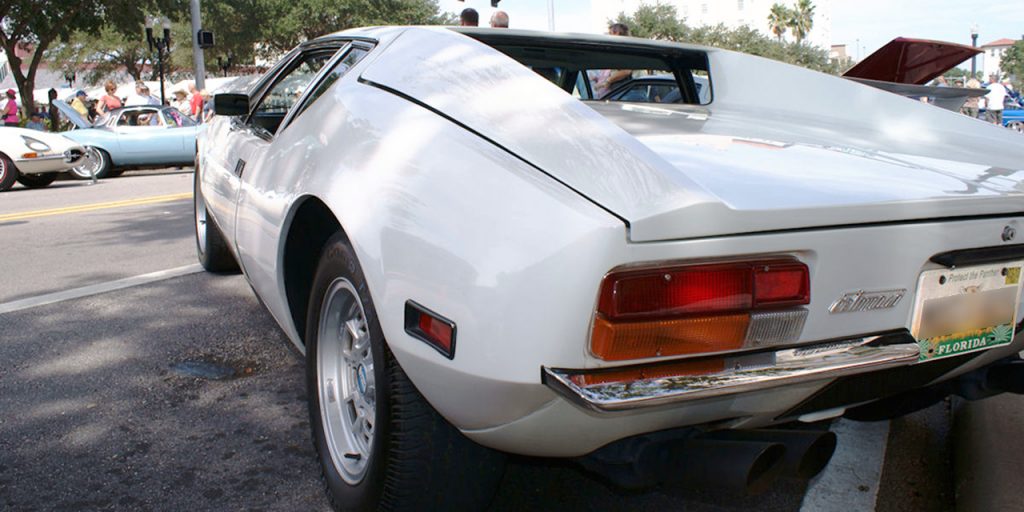 From the time it launched in 1971, to the day it was discontinued in 1992, the mid-engine De Tomaso Pantera sportscar derived its power and performance from Ford V8s. Alas, after four-and-a-half decades, the paltry 300-or-so horsepower made by the original 351-cubic-inch mill just isn’t all that impressive anymore.

That’s what sent NASCAR Cup Champion Kurt Busch to the famous Gas Monkey Garage in Dallas, Texas to have his dream car built: a 1972 De Tomaso Pantera with modern Ford Performance power. The finished car features a 5.0L Ford Coyote Aluminator crate engine under the clamshell, fed by a Cobra Jet intake manifold, with runners tuned to provide peak power at an electrifying 7,750 RPM. Testing of the vintage, exotic sportscar was conducted at the Kurt Busch Institute in North Carolina.

The build was featured in a recent episode of the Discovery Channel’s Fast N’ Loud, which you can watch at this link (assuming you have a valid television provider with which to sign in). Better still, Busch issued a challenge to fellow Ford NASCAR driver Joey Logano, offering to race Logano’s custom Ford Gen 3 Type 65 Coupe-R in his newly-completed Pantera at Charlotte Motor Speedway.

Tune in to Discovery at 9pm EST on Monday, November 20th to see the two pro stock car drivers duke it out.