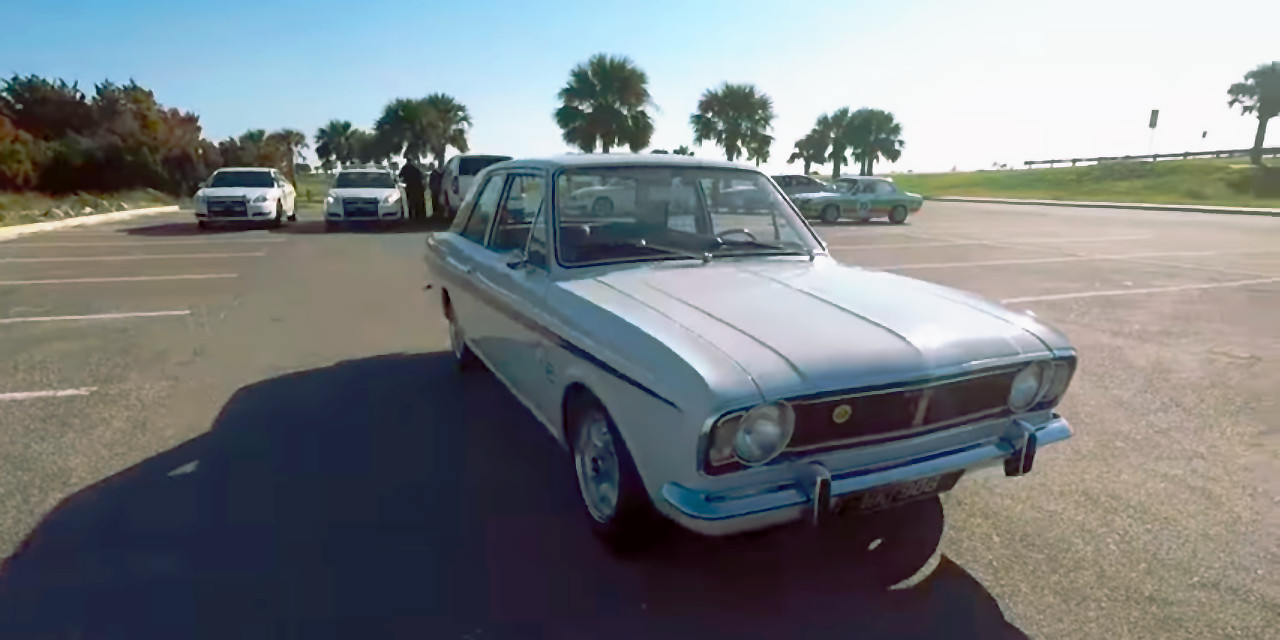 In the latest edition of The Smoking Tire‘s “One Take” YouTube series, host Matt Farah was afforded the chance to sit behind the wheel of a diminutive classic Ford with a proud racing heritage: a 1967 Ford Cortina Lotus.

The successor to the Ford Consul Cortina by Lotus, which had been based on the Mark 1 Ford Cortina, the Ford Cortina Lotus Mk2’s joie de vivre derived from its small footprint and a 1557-cc twin-cam inline-four. With 110 horsepower, the engine was plenty power-dense, affording the roughly-2,000-pound Cortina Lotus surprising quickness.

The Ford Cortina Lotus Mk2 campaigned in touring car racing, in the under-2,000-cc category; in America’s Trans Am series; and in rally racing. It’s not quite so well-remembered for its racing efforts as the European Ford Escort, but its rarity (just over 4,000 were built), uniqueness, and ties to the now-legendary Lotus firm have guaranteed it a spot in the history books.

The example driven by Matt Farah in the latest “One Take” episode is owned by rally-car collector John Champion, whose garage is mostly populated by famous rally racing machines from Italy and Europe – including a 1975 Lancia Stratos.

Is the 1967 Ford Cortina Lotus a fine enough machine to truly deserve such prestigious company? Watch the video above to see what Matt Farah thinks of the plucky little European Ford.