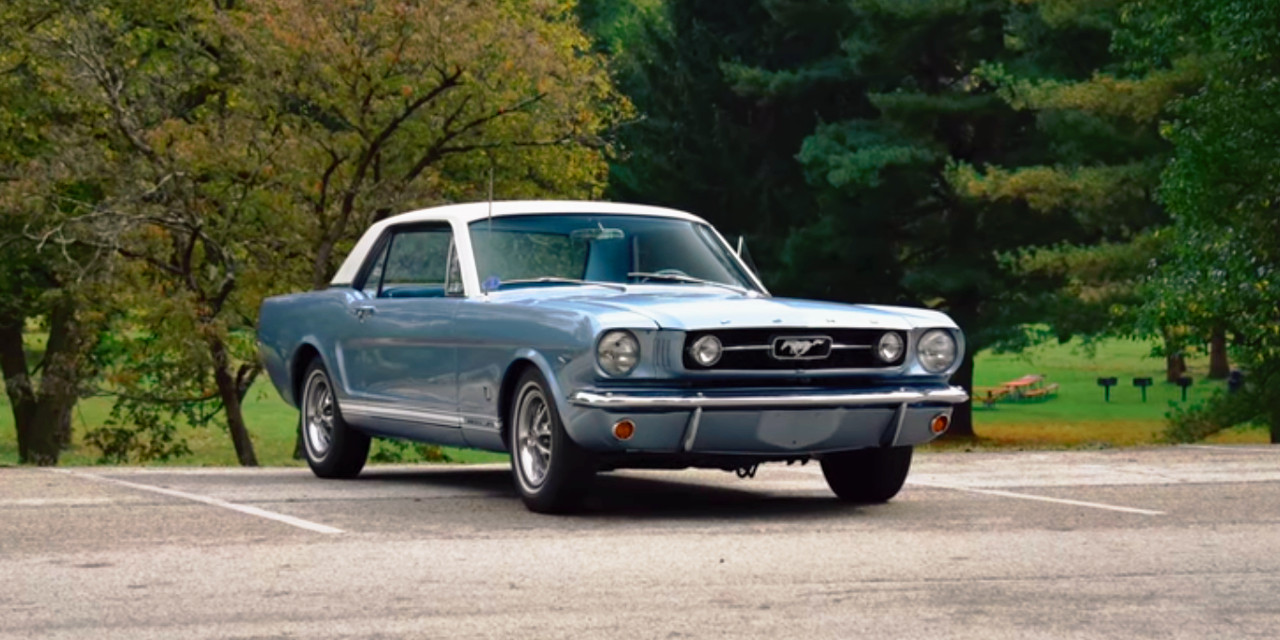 As much of an icon as it may be today, the Ford Mustang actually had rather simple, humble origins, initially spawning from the second-generation Ford Falcon sedan as a cost-competitive alternative to European sports coupes. It had rear drum brakes, rather pedestrian powertrain options, and boatloads of chassis flex.

All this left Regular Car Reviews‘ Roman feeling a bit ambivalent toward a 1966 Ford Mustang GT coupe that he reviewed recently. Mr. Regular stepped aside for the review, letting his colleague Roman – a Mustang owner, and the man typically responsible for providing the music used in Regular Car Reviews‘ videos – share his thoughts on the first-generation Ford pony car.

The example Roman drove was powered by a 289-cubic-inch V8 with a four-barrel carb and 225 horsepower, backed by a C-4 “Cruise-o-matic” three-speed automatic transmission. With a 0-to-60-mph time in the neighborhood of nine seconds, we imagine we’d be feeling pretty ambivalent about the sporty two-door as well – although in hindsight, the stylish-while-unremarkable sports coupe sent Ford down a path of attainable performance cars culminating in the spectacular, modern-day Shelby GT350 Mustang.

Watch the video above to get Roman’s thoughts on the 1966 Ford Mustang GT auto.