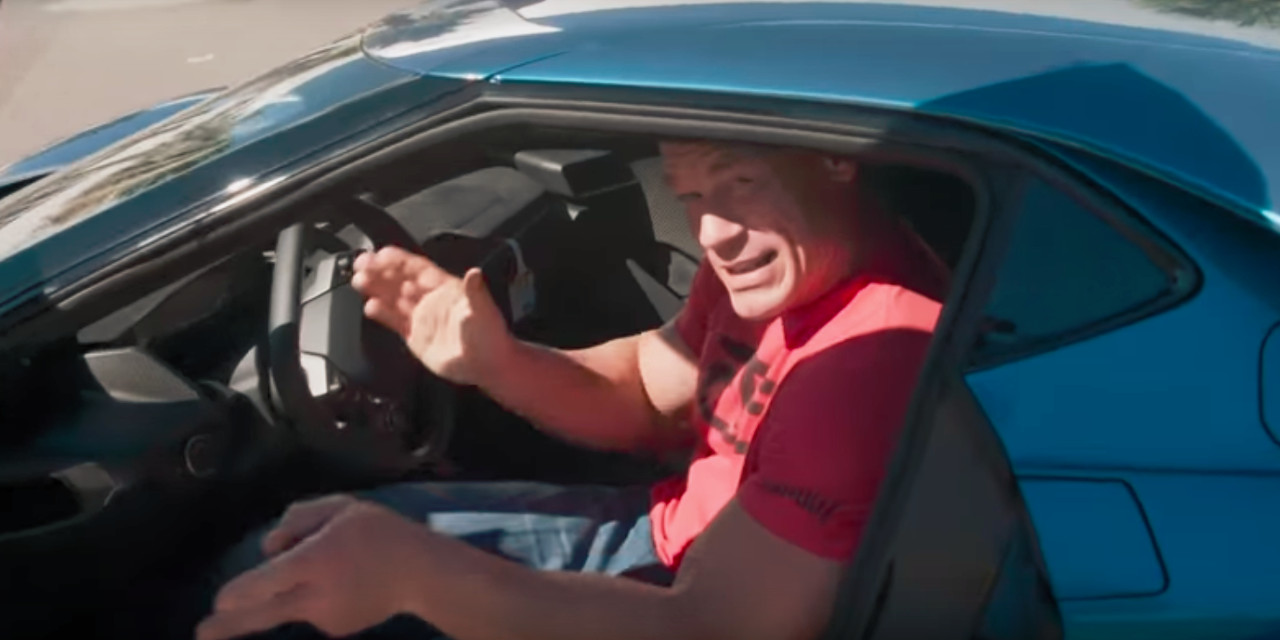 In case you didn’t know, pro wrestler and actor John Cena is very much into cars, occasionally stepping in front of the camera to share his knowledge and fanaticism with YouTube users in a series called “John Cena: Auto Geek”. The WWE superstar has an enviable collection of rare and exotic machines, including a first-generation Ford GT supercar, which he bought brand-new in 2006.

Now, in a new episode of “Auto Geek”, John Cena heads to Elder Ford in Tampa Bay, Florida to try out the successor to his Blue Oval supercar: the 2017 Ford GT. Cena doesn’t make it clear in the video whether or not the car is his, but if we had to place bets, we’d say chances are strong that he’s been approved by Ford to purchase one.

In the video above, Cena highlights some of his very favorite features of the all-new, 2017 Ford GT supercar, like the rear buttresses, venting taillights, and abundance of carbon fiber. Most importantly, he doesn’t seem to have any trouble fitting in the elite new Ford model, which is a bit surprising given that his size makes squeezing into his 2009 Lamborghini Gallardo a bit of a chore.