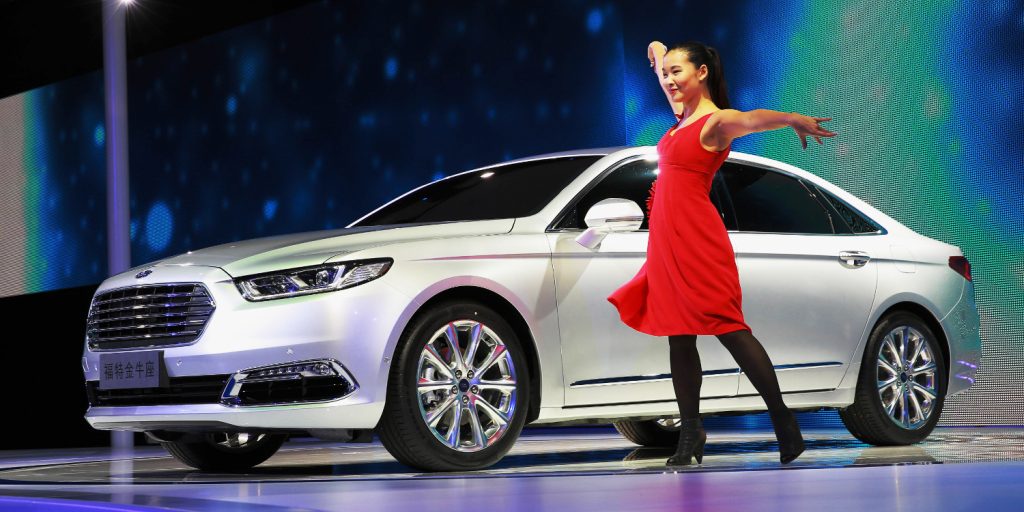 In a statement issued today, Chinese tech and retail giant Alibaba confirmed that it has signed an agreement with Ford Motor Company to explore new automotive retail opportunities, which could include selling cars directly to consumers online via Alibaba’s Tmall retail site and through its automated Automotive Vending Machine concept. Under the three-year agreement, Alibaba says its digital marketing platform Alimama and operating system AliOS will be among the subsidiaries working with Ford.

Ford’s partnership with Alibaba is part of a broader plan to rethink its strategy in China to combat relatively slow sales. Last month, the automaker announced an EV partnership with China’s Zotye Auto, and earlier in the week, Ford introduced a plan to increase Chinese production, streamline its marketing and sales strategy, and expand its range of available products with more than 50 new Ford and Lincoln vehicles.