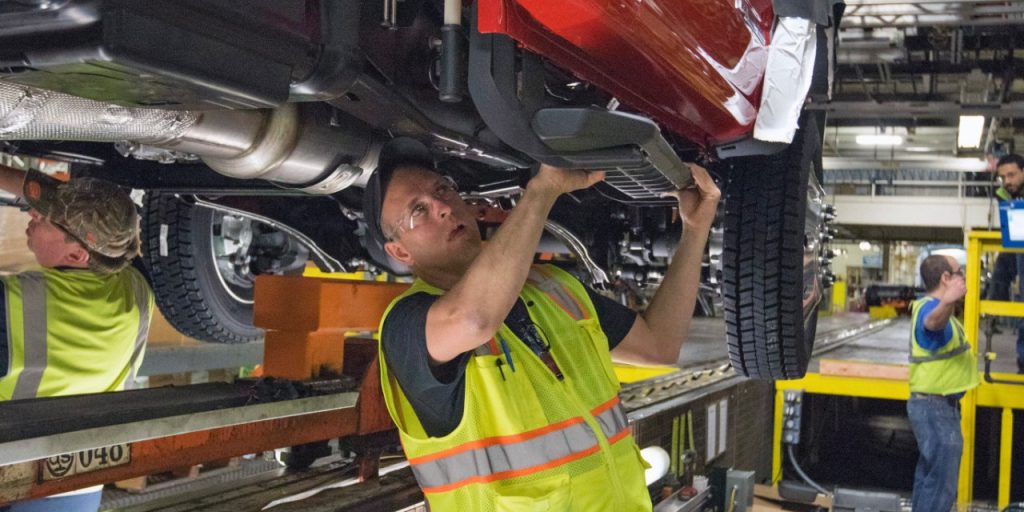 Ford Motor Company is extending buyout offers to hourly workers at some US factories in an attempt to “reduce a short-term surplus,” company spokesperson Kelli Felker says. The list of US plants where buyout offers have been extended include four in Michigan: Dearborn Engine, Michigan Assembly (Wayne), Rawsonville Components, and Woodhaven Stamping. Anyone hired on at those plants before November 19th, 2007 is eligible for a buyout, and the automaker is hoping to get 150 workers to take the offer.

This news comes in the wake of an announcement from Ford CEO Jim Hackett that the automaker will attempt to cut $14 billion in operating costs over five years, as it works toward achieving an 8-percent operating margin worldwide. The company’s President of Global Operations, Joe Hinrichs, last month said that the cuts would not involve slashing jobs or closing down plants. Of the total sum, $10 billion will come from reducing materials costs, Ford says, while the other $4 billion will come from engineering through increasing parts-sharing, reducing manufacturing complexity, and reducing the number of new vehicle prototypes.

Back in September, Ford announced that it would idle five manufacturing plants across North America for a combined total of 10 weeks to avoid oversupply. That list, too, included Michigan Assembly Plant, which currently builds the Ford Focus compact and C-MAX Hybrid. The C-MAX Energi was terminated in September following slow sales.