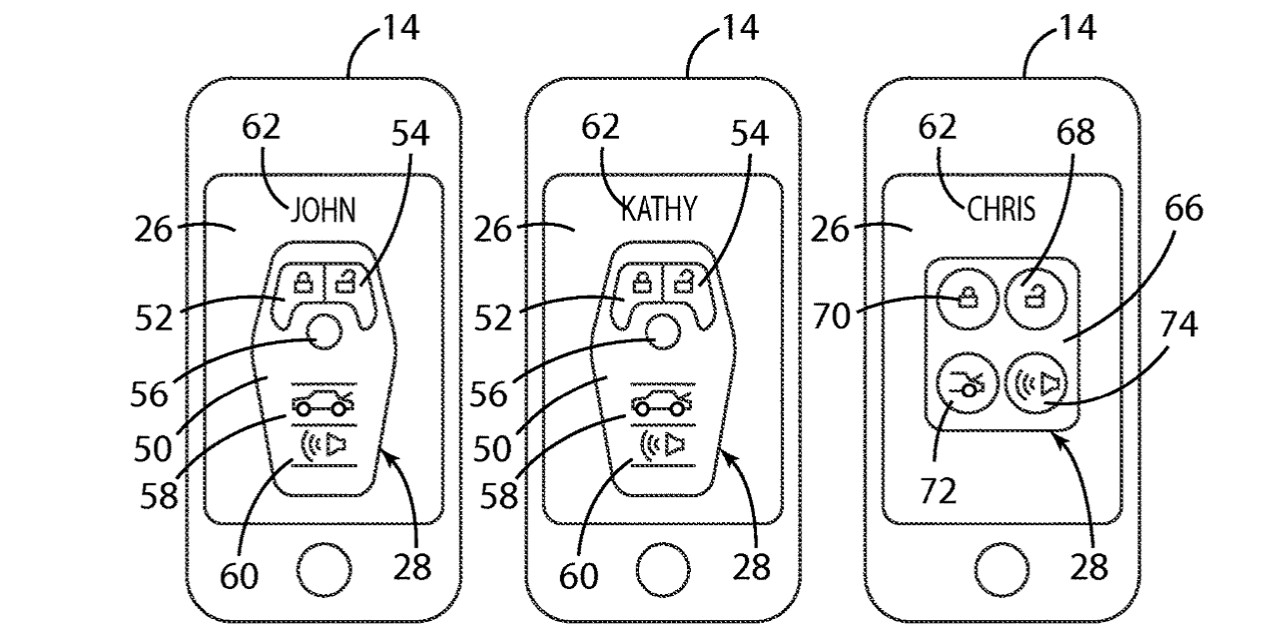 Ford Motor Company was just this week granted a patent on a new type of smartphone case with all the necessary integrated electronics to allow the phone to function as a vehicle key fob. As Ford’s SYNC Connect feature proliferates gradually throughout the lineup, the smartphone case could enjoy less and less relevance for brand-new Ford vehicles, but it might represent a nifty prospect for anyone who has a vehicle without mobile network connectivity.

The device would communicate with the encased smartphone through the Bluetooth or NFC (Near-Field Communication) protocols, the patent says, giving the user access to a virtual keyfob on the smartphone’s screen. That would put commands like lock, unlock, and trunk open just a few taps away – assuming the user is close enough for the signal to reach. Additionally, Ford notes that the smartphone case could allow the phone to act as a proximity key, automatically unlocking the car when the driver gets close enough.

As always, just because a patent has been issued doesn’t mean that this novel device will ever reach production. That said, a key fob smartphone case certainly has its merits; it could mean one less thing to worry about grabbing on your way out the door, or at the very least, a nifty little party trick to show off to your friends. On the other hand, it could mean you’re in a world of hurt if you lose your phone, or drop it in a puddle on your way out to your car.

It’s all about compromises.

The 2020 Lincoln Aviator Will Have A Smartphone Key Option