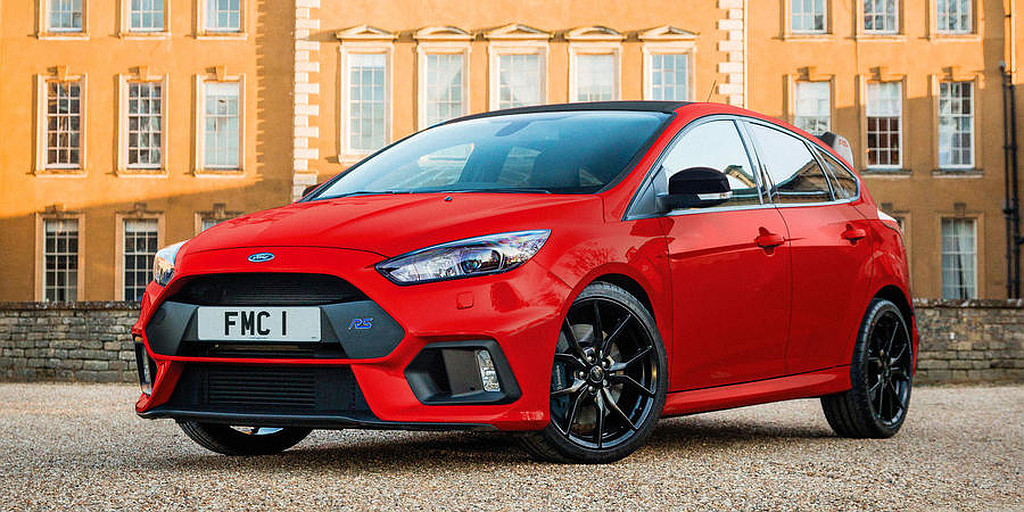 Ford’s third-generation Focus compact car is preparing to say goodbye in 2018, with an all-new design set to replace it for the 2019 model year. But before that happens, the automaker is sending off the hottest, most capable variant – the Focus RS – off in style.

Say hello to the Ford Focus RS Edition in Race Red. This special-edition model will be limited to just 300 units, all designated for UK customers, and it will include the performance-oriented “Option Pack” announced by Ford Europe over the summer. The Option Pack includes a special interior treatment, gloss black exterior details, forged 19-inch wheels in gloss black, and most notably, a Quaife limited-slip differential at the front axle.

The Quaife LSD “will make it even easier to carry speed through a corner on the track” by increasing mechanical grip, says Director of Ford Performance in Europe Leo Roeks.

All 300 examples of the Race Red Ford Focus RS Edition will be produced from February to March, wearing a £36,295 price tag. That’s £3,530 more than a base, run-of-the-mill Focus RS, but we reckon it might be worth it for the exclusive color and front limited-slip differential. Any American customers feeling left out should find comfort in the knowledge that Ford Performance is offering an equivalent limited-edition model in the US and Canada.