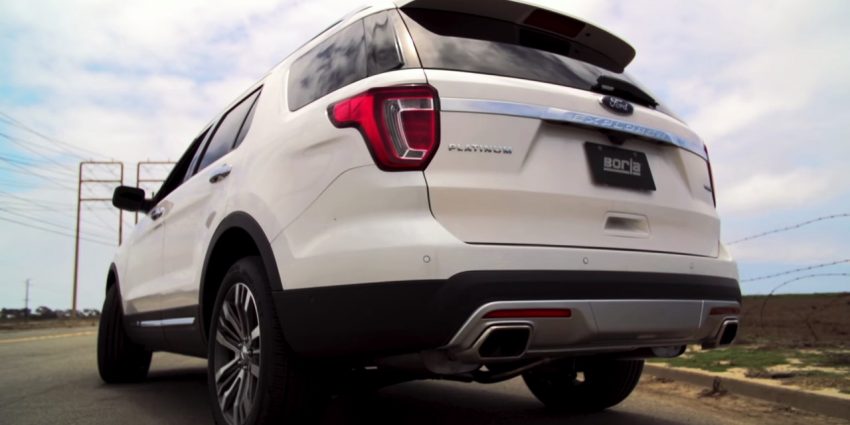 With the 2016 facelift of the current Ford Explorer full-size crossover, Ford opened up the availability of its 3.5L EcoBoost V6 – an engine previously only available on the Sport model – to the newly-introduced Explorer Platinum. That move served to increase the number of buyers with Ford’s range-topping, twin-turbocharged V6, and Borla Exhaust was quick to respond, updating its aftermarket exhaust system to suit the refreshed Ford Explorer.

Today, the company offers its exhaust kit for 3.5L EcoBoost-equipped Ford Explorer models in two different flavors: Touring, and S-Type. The latter is the more aggressive-sounding of the two, and installing it in place of the factory exhaust system makes a world of difference in the aural character of the exhaust note.

Hear the difference for yourself in the video above, courtesy of Borla Exhaust. The kit sells for $990.99 ($1,036.99 for the Touring), and if you’re looking for a quick bolt-on, stainless steel exhaust that can enhance the sound, appearance, and performance of your 2016 or 2017 Ford Explorer, it’s money well spent.