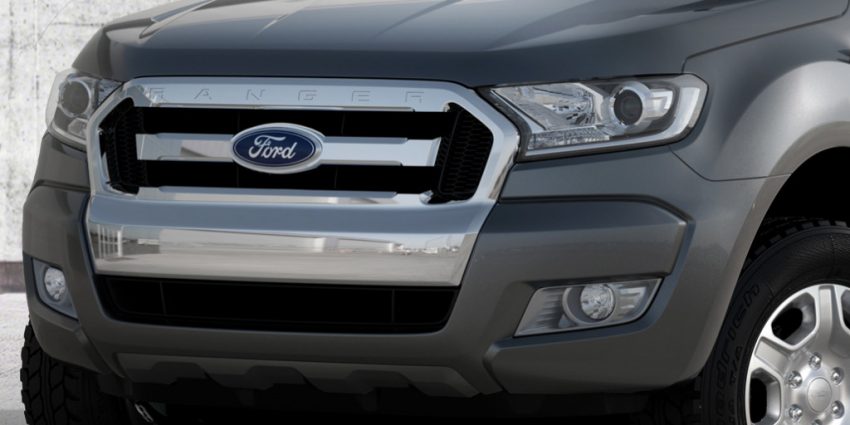 A prototype of Ford’s forthcoming mid-size truck for the US market – the next-generation Ranger – has been captured on camera once more, this time rocking what looks to be a production-ready body, and possibly an optional FX4 off-road package. The grille design is entirely different from what’s been seen in past spy photos; the sculpture of the hood appears to have changed; and a front skid plate and raised ride height both point to some extra off-road capability.

You can see the new Ford Ranger spy shots at Motor1.com.

According to Motor1, the spied Ford Ranger prototype was most likely packing a four-cylinder EcoBoost engine under the hood. The jury’s out on whether Ford will bring one or both of the global model’s current diesel engines to the States, but at the very least, Ford’s 2.7L EcoBoost V6 is expected to provide motivation toward the top of the range. Some version of the 3.5L EcoBoost in the F-150 could conceivably work its way into the high-performance Ford Ranger Raptor – assuming that truck reaches the States.

Test mules for the all-new, US-market Ford Ranger have been spotted since as far back as February, although this is the first time we’ve seen a prototype with a production body. The new mid-size truck will bow sometime next year – possibly as early as the North American International Auto Show in Detroit this January – before production kicks off at Ford’s Michigan Assembly Plant.

Spy Shots: Is This A Prototype Ford Ranger FX4?