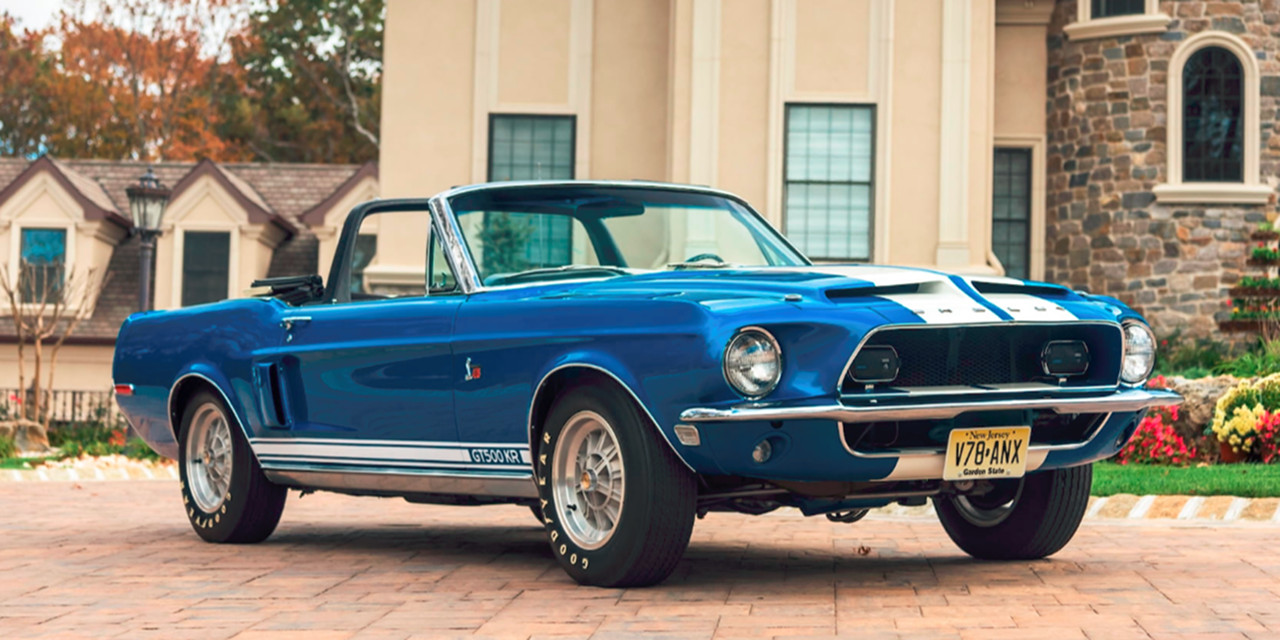 Any first-generation Shelby Mustang is a rare, collectible machine sure to fetch a pretty penny at auction, but that’s especially true of this 1968 Shelby GT500KR in blue, which Mecum says is one of just 57 convertibles produced with a 4-speed transmission and factory air-conditioning. “KR”, of course, stands for “King of the Road” – fitting, as this example is expected to fetch a truly royal price between $350k and $400k when it sells at Mecum’s Kissimmee auction event next month.

The 1968 Shelby GT500 “King of the Road” Mustang was motivated by a 428-cubic-inch “Cobra Jet” V8, as opposed to the Police Interceptor 428 used in the lesser variant of the GT500. It was rated conservatively at 335 horsepower, and in all likelihood, made gobs more power than that.

This Shelby GT500KR example, ordered as an Acapulco Blue convertible with a 4-speed stick and A/C, has received a thorough restoration from Michael’s Auto Restoration in Winter Haven, Florida. It retains its original Cobra Jet engine, and applies its power to the pavement through a 3.00 Traction-Lok differential, and aluminum 10-spoke Shelby wheels wrapped in Goodyear Polyglas tires. And if that isn’t enough to woo you, we’ve got three words: white Lemans stripe.

For more info and a gallery of high-resolution images, check out the original 1968 Shelby GT500KR convertible listing on the Mecum website.