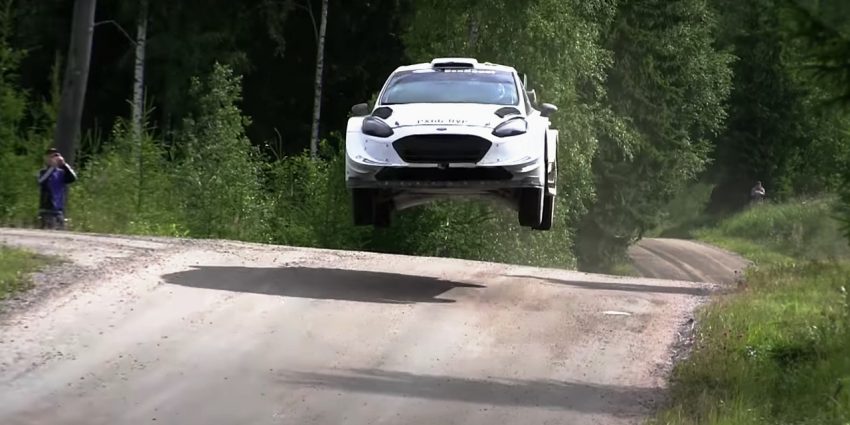 We’re going to express an opinion that may prove a bit contentious: rally is far and away the most awesome, entertaining motorsport in the history of the human species. We have evidence to back that up. It involves M-Sport World Rally Championship driver Sebastien Ogier, the Finnish rally course, and M-Sport’s mean-as-hell-looking Ford Fiesta WRC.

Jalopnik recently dug up the video above, which shows Sebastien Ogier testing ahead of the 2017 Neste Rally Finland last July, and getting serious air in the process. Rally Finland is well known for being the fastest round of the FIA World Rally Championship, with lots of sudden dips and crests allowing drivers plenty of chances to get airborne.

In 2017, the M-Sport Ford Fiesta WRC’s first full year of competition, Sebastien Ogier drove the car to his fifth WRC title, while his teammate Ott Tänak claimed bronze in the drivers’ standings. Their combined points were enough to give M-Sport the team title.

If you get a kick out of watching things that shouldn’t fly, fly, you’ll definitely want to check out the video above.