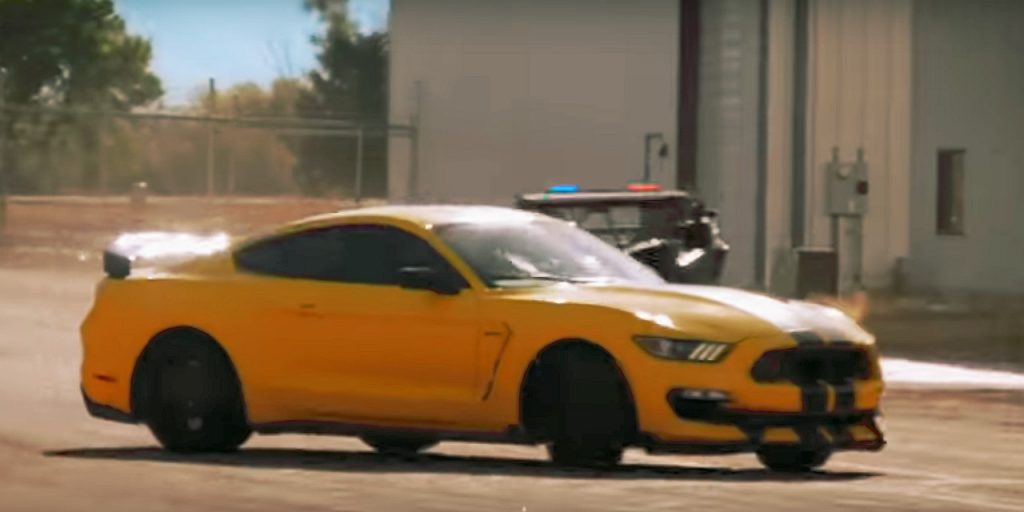 The BBC is getting ready to air Top Gear‘s twenty-fifth series next year, which will see Matt LeBlanc, Chris Harris, and Rory Reid return to take part in car reviews, elaborate transport challenges, and other motoring-themed shenanigans.

On Christmas Day, a quick, 30-second preview was published to YouTube, demonstrating that the same absurd excess that has been central to past seasons will pervade throughout the new series. The preview shows pro driver Ken Block playing police officer at the wheel of a Can-Am Maverick off-road vehicle, as he attempts to wrangle LeBlanc, Harris, and Reid as they drive about in a trio of modern sportscars – a trio that includes a Ford Shelby GT350R Mustang in yellow.

Series 25 will be Top Gear‘s third without Jeremy Clarkson, Richard Hammond, and James May, who have a new show on Amazon Prime called “The Grand Tour”. That show featured the Shelby GT350R Mustang in its very first episode, appearing alongside the 670-horsepower Roush Stage 3 Mustang, and the 725-horsepower, carbon-fiber-bodied Fisker-Galpin Rocket Mustang.

Top Gear Series 25 will likely start airing in spring of 2018, at which point we can perhaps answer the question of who wore the Shelby GT350R better: Matt LeBlanc, or Richard Hammond?