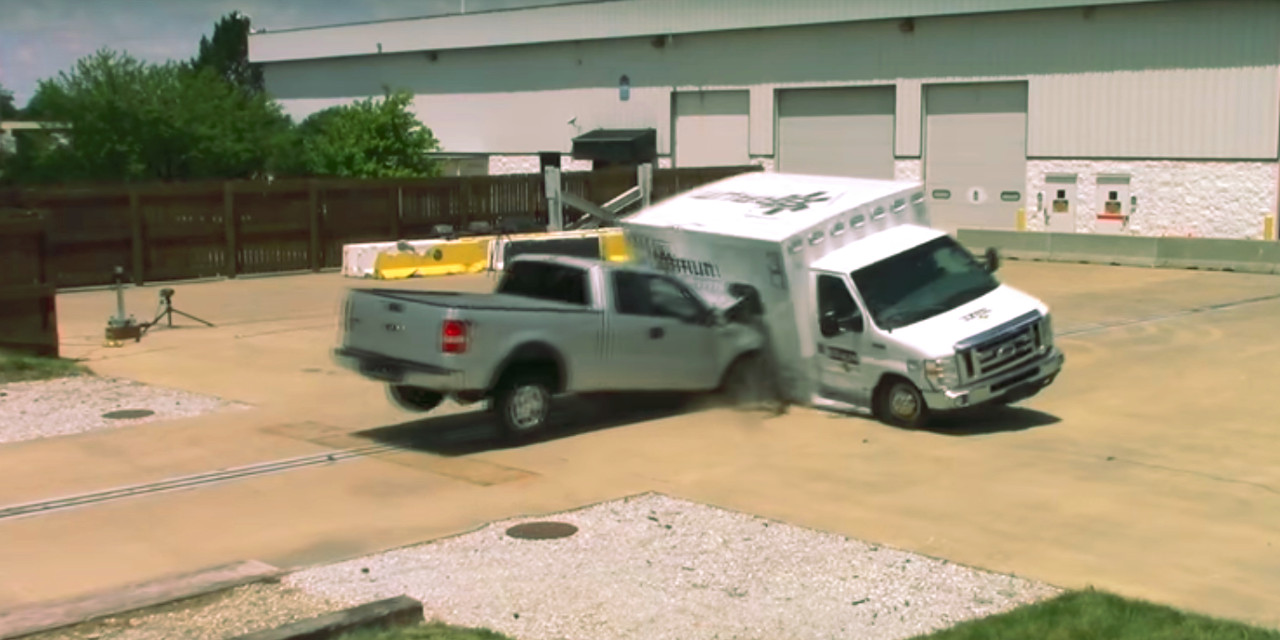 It’s Ford vs. Ford in this ambulance crash test, as Braun Industries sends an old Ford F-150 pickup speeding into the side of one of its F-Series-based ambulances to test the crashworthiness of the patient compartment behind the cabin. We rather don’t like to consider the possibility of being crashed into while we’re being treated in the back of an ambulance, but of course, distracted drivers are everywhere.

The good news is that Braun seems to have built one heck of a tough patient compartment; the speeding Ford F-150 barely makes a dent in the side of the box, even as the force of impact is enough to send the ambulance bouncing sideways over several feet. The truck looks worse for the wear, its front crumple zone left devastated by the crash.

Braun Industries has been building ambulances since 1972, currently delivering hundreds of the life-saving vehicles to healthcare organizations every year. It stands to reason that, over the course of four-and-a-half decades, the company has learned a thing or two about building a patient box that can withstand the fury of a stampeding Ford F-150.