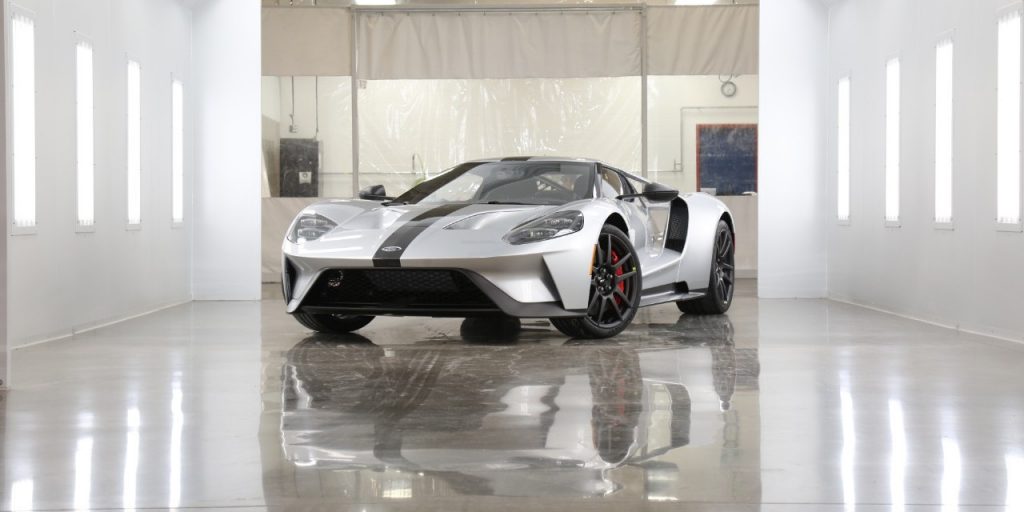 The “Eco” portion of Ford’s “EcoBoost” engine branding is meant to communicate a sense of the engines’ efficient, eco-friendly technologies – things like turbocharging (represented by the “Boost” portion of the moniker) and direct-injection. By and large, the technology works; when the Ford Mustang EcoBoost launched for 2015, the US Environmental Protection Agency rated it at 25 mpg combined when equipped with an automatic transmission – three mpg better than a Ford Mustang V6 from the same year.

However, that turbocharged, 2.3L four-cylinder is an entirely different animal from the super-potent, 3.5L EcoBoost V6 in the 2017 Ford GT, and EPA testing data bears that out. The new supercar only manages a fuel economy rating of 14 mpg combined, calculated from 18 mpg on the highway, and a mere 11 mpg in the city.

As Motor1 points out, that’s actually lower than a Dodge Viper from the same year. That car, which packs a naturally-aspirated V10 displacing a whopping 8.4 liters, manages the same 14 mpg combined, but is rated at 19 mpg on the highway and 12 mpg in the city. What’s more, the Viper accomplishes this with a 6-speed manual transmission, as opposed to the high-tech, 7-speed dual-clutch automatic in the 2017 Ford GT.

Granted, if you were to pit the Ford GT and the Dodge Viper against one another on a racetrack, nine times out of ten, the GT would be the victor. Nonetheless, the two cars have similar top speeds – the GT managing 216 mph to the Viper’s 206 – and similar power levels: 647 horsepower (GT) to 645 (Viper).

Yet only one bothered to brand its mill “EcoBoost”.