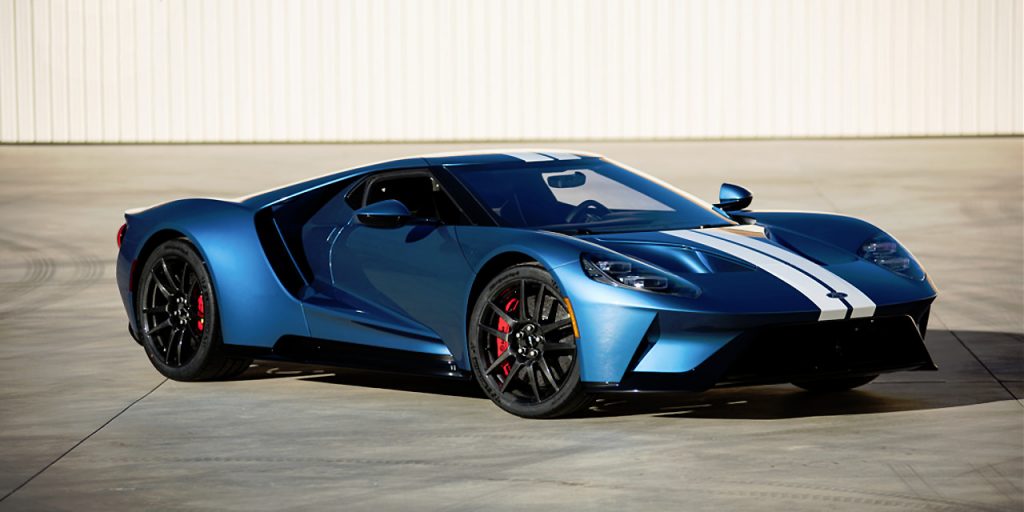 An example of Ford’s new super-rare, super-high-performance Ford GT supercar just sold at the Barrett-Jackson Scottsdale auction event, securing $2.55 million by the time the hammer dropped, which will benefit the Autism Society of North Carolina’s IGNITE program. IGNITE is a community center in Davidson, North Carolina for young adults with high-functioning autism or Asperger syndrome that provides skills training and educational workshops to help foster independence, while at the same time providing a sense of community for members.

The Ford GT that auctioned is a Liquid Blue example with white stripes, a black interior, red painted brake calipers, and carbon-fiber wheels. It was donated by business man and car collector Ron Pratte. It’s not quite the first example of the new Ford GT supercar to be sold to someone who didn’t have to go through Ford’s stringent buyer application process; WWE superstar John Cena sold his personal GT to a private party last year. It is, however, the first to sell to an unapproved party with the automaker’s blessing.

Cena was promptly hit with a lawsuit for selling his car in violation of the purchase agreement, which stipulates that Ford GT buyers must keep the car for a minimum of 48 months.

The $2.55 million brought in by this 2017 Ford GT is far more than what was generated by a pair of Chevrolet headliners also sold at the event: the first production 2019 Corvette ZR1, and the first production 2018 Corvette Carbon 65. The former raised $925k to benefit the Stephen Siller Tunnel to Towers Foundation, while the latter sold for $1.4 million, which will benefit the George W. Bush Center Military Service Initiative.