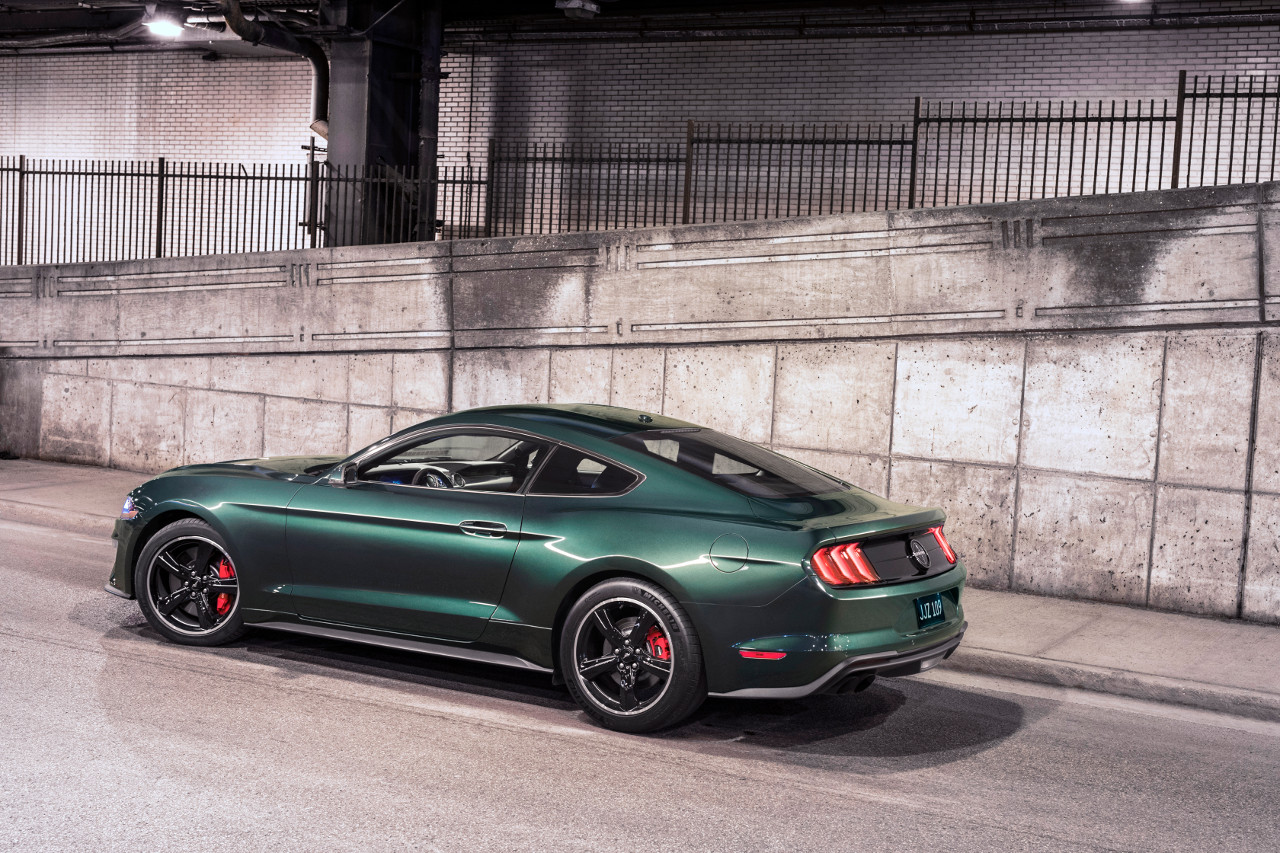 Apart from debuting a freshened-up version of the Ford Edge crossover and a brand-new Ranger pickup for North America, Ford chose to debut its latest iteration of the special-edition Bullitt Mustang at the 2018 North American International Auto Show in Detroit. It’s a tremendously appealing pony car: handsome, cool, and with limited availability. In fact, it’s almost certainly the Mustang we’d opt for, if not for the supremely capable Shelby GT350.

Yet there’s no such thing as a perfect product, and the new, 2019 Bullitt Mustang has a handful of (admittedly small) issues that, we feel, detract from its excellence. Here are four of them, in no particular order:

We quite like the 2018 Ford Mustang’s available 12-inch digital gauge cluster, but we have to wonder: Why is it standard in the new Bullitt Mustang? This is, after all, a cool, classy version of the ‘Stang made to pay homage to the starring car from a 1968 thriller movie. It’s loaded to the gills with retro-modern throwbacks – things like chrome grille and window surrounds, Torq Thrust-style wheels, and a cue-ball shift knob.

Wouldn’t a nice, classic-looking set of analog gauges have been more appropriate?

There’s nothing wrong with red painted brake calipers – most of the time, at least. But the original Bullitt movie car didn’t have them, and nor did the last iteration of the special-edition Bullitt Mustang back in 2008. Classic-looking they are not, and they threaten to distract from the model’s sharp Torq Thrust wheels.

There is, admittedly, some disagreement among our staff on this point, but this author feels that the wheel centers on the 2019 Bullitt Mustang’s standard 19-inch Torq Thrust-style wheels should be painted satin black, rather than the gloss black seen on the show car. Satin black wheel centers would simply look more classic, and after all, isn’t that the primary focus of a car such as the Bullitt Mustang?

Granted, orders haven’t yet opened, but it doesn’t seem that Ford is planning to offer satin black painted wheel centers as an option.

Everyone knows that the only acceptable exterior color for a Bullitt Mustang is Highland Green – the same color as worn by the original 1968 Ford Mustang GT in the film – and while that color is again available this time around, so is Shadow Black. Buyers shouldn’t be given the option of ruining their cars with that nonsense.

Black exterior paint was available with the last iteration, too, and thankfully, of the 6,624 Bullitt Mustangs sold between 2008 and 2009, just 1,612 were optioned in black – less than 25 percent of the total production run. We hope that the statistics remain similarly skewed this time around.

The items listed above are relatively small grievances, and all are easy to forgive. And that’s sort of the thing: all things considered, Ford knocked it out of the park with the 2019 Bullitt Mustang, which arrives just in time to celebrate the 1968 film’s 50th anniversary. It’s a 475-horsepower, manual-only rolling piece of coolness that pays homage to one of the most understated, iconic movie Mustangs of all time.

Ford’s 2019 Bullitt Mustang will go on sale this summer. Pricing has yet to be announced, but options will be limited to a choice Dark Highland Green or Shadow Black exterior paint, a Bullitt Electronics Package, MagneRide dampers, and performance Recaro seats with leather trim.