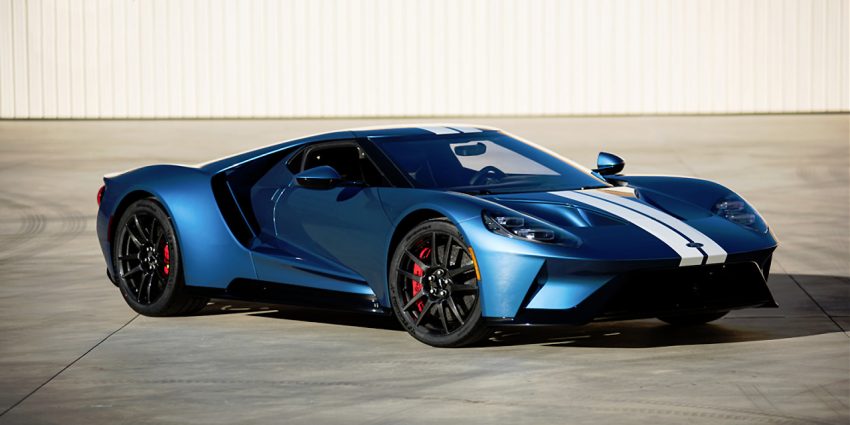 Barrett-Jackson‘s 2018 Scottsdale auction event in Arizona will see at least one rather fantastic car cross the block: a 2017 Ford GT in Liquid Blue with white racing stripes. The car was donated by businessman and noted car collector Ron Pratte to the Evernham Family-Racing for a Reason Foundation, which is auctioning the car to benefit the Autism Society of North Carolina’s IGNITE program.

The auction is notable for a couple of reasons. First, it means that someone will be able to bypass the stringent buyers’ application process put in place for the Ford GT, gaining access to a car otherwise reserved for persons hand-picked by the automaker for their ability to serve as brand ambassadors and generate positive interest. And second, given that Ford recently filed a lawsuit against WWE superstar John Cena for violating the terms of his purchasing agreement and selling his Ford GT after less than a month of ownership, it will probably be a good long while before any more examples are for sale.

We do hope that Ron Pratte and the Evernham Family-Racing for a Reason Foundation got the go ahead before deciding to offer this 2017 Ford GT at Barrett-Jackson Scottsdale.

Pratte’s Ford GT wears serial number #023, and features a black interior, red painted brake calipers, and carbon-fiber wheels. Like all examples of the new, 2017 Ford GT, it’s powered by a twin-turbocharged, 3.5-liter EcoBoost V6 with 647-horsepower of grunt, and a 7-speed dual-clutch transmission.

The car will be sold at around 8:30 pm on Saturday, January 20th. For more photos and info, visit the listing on the Barrett-Jackson website.