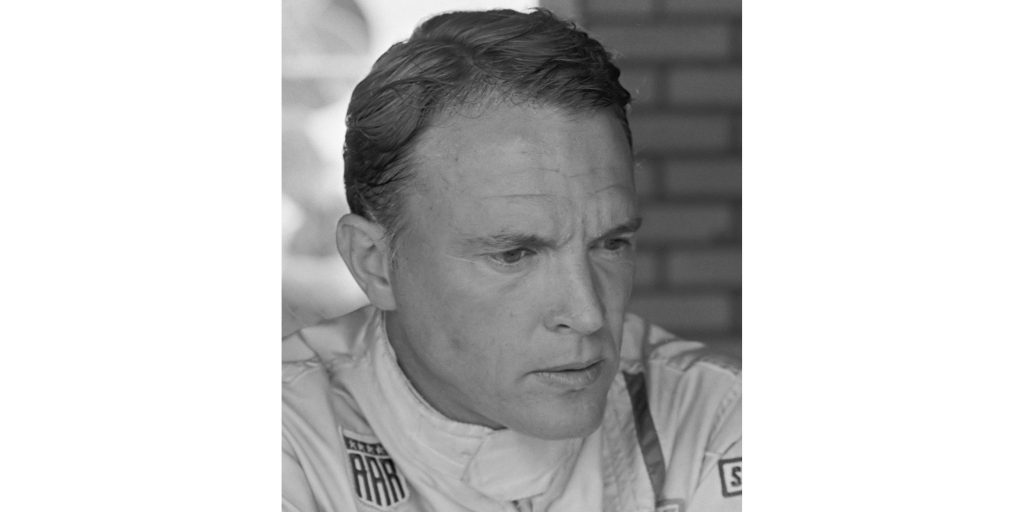 Legendary racing driver, constructor, and team owner Dan Gurney – inventor of the Gurney flap, originator of the tradition of spraying champagne from the podium after a win, and the first of three drivers to have scored victories in Sportscar, Formula One, NASCAR, and Indy Car – died Sunday, January 14th due to complications from pneumonia. He was 86 years old.

Dan Gurney’s list of accomplishments is long, but of particular interest to fans of the Ford brand is his 1967 win at the 24 Hours of Le Mans along with co-driver A.J. Foyt in the Ford GT40 Mk IV – the win that spurred him to spontaneously spray champagne from the podium. No less important is his partnership with Carroll Shelby to establish racing team and car constructor All American Racers (known as “Anglo American Racers” in Formula One).

Long after his racing career ended, Dan Gurney continued to innovate; as of 2015, he was involved in the invention of a “moment-cancelling” four-stroke engine, which uses two counter-rotating crankshafts geared together to cancel out vibrations.

In 2016, Dan Gurney received the Robert E. Petersen Lifetime Achievement Award. As he accepted the honor, he remarked that he felt “lucky to have been able to enjoy such a long and fruitful career.” In truth, the motoring world was lucky to have him.

“With one last smile on his handsome face, Dan drove off into the unknown just before noon today,” read an statement from his wife Evi, the Gurney family, and All American Racers teammates. “In deepest sorrow, with gratitude in our hearts for the love and joy you have given us during your time on this earth, we say, ‘Godspeed.'”