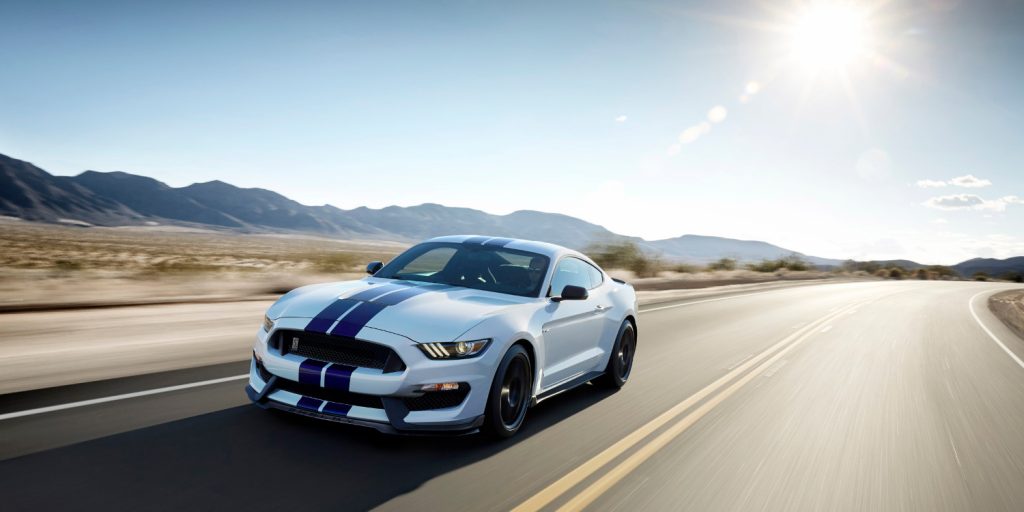 At Ford Motor Company’s press conference at the 2018 North American International Auto Show last week, before the automaker wheeled out the refreshed Ford Edge and all-new North American Ford Ranger, company President and CEO Jim Hackett took the podium to talk a bit about Ford’s place in shaping the future. Much of his speech served to recapitulate what the automaker shared at the Consumer Electronics Show earlier in the month, but one of his more interesting comments came when he began talking about passion.

Passion, Hackett said, is one of the reasons that Ford Motor Company has stuck around for 114 years. “I feel that passion every time I head home in my Mustang GT350,” Hackett said. “I have two dogs, Ozzy and Rudy, and Kathy tells me that they can hear the engine growling before I’m even in the driveway, from two blocks away. The energy and power of that car expresses the passion that has always driven Ford Motor Company.”

The Shelby GT350, remember, is Ford’s track-carving, 526-horsepower pony car with a screaming flat-plane-crank V8 under the hood. The engine has a redline of 8,250 rpm, and due to its design, produces a roar somewhere between the burble of the standard Mustang GT’s 5.0-liter Coyote, and the shriek of a Ferrari 458 Italia.

It’s admittedly rather difficult for us to imagine Hackett – a CEO who’s put so much emphasis on autonomy and “smart cities,” who previously led Ford’s Smart Mobility subsidiary – in the Shelby GT350. Now more than ever, that Mustang feels like a relic from a Ford Performance division that no longer exists, what with the announcement of its first automatic-equipped ST model – the 2019 Ford Edge ST – and Ford’s suggestion that the “Mach 1” name could live on in the form of a high-performance electric crossover.

But maybe we’re not giving Jim Hackett enough credit. It’s possible to both want better, smarter mobility solutions in our urban centers and enjoy the occasional adrenaline-inducing romp in an agile, high-powered coupe. Perhaps there’s room for Ford Performance to keep on doing its thing under his leadership after all.