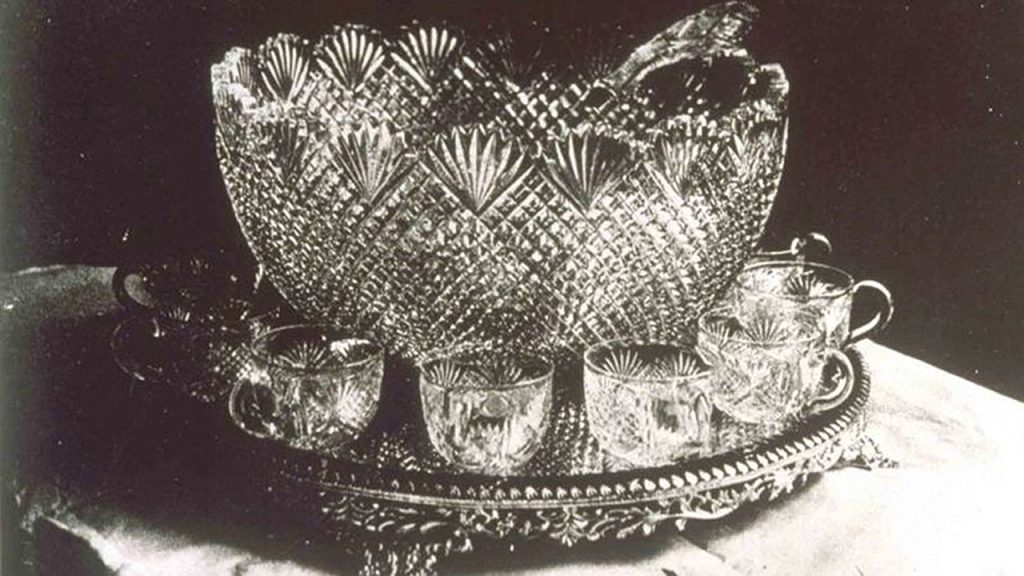 If it isn’t too much trouble, the Ford family is asking that everyone keep an eye out for an ornate glass punch bowl. It used to belong to Henry Ford, founder of the Ford Motor Company, and there may be a tidy reward in it for you.

Here’s the story: in 1901, a poor, 38-year-old Henry Ford entered an automobile race in the hopes of achieving enough recognition that he could get seed money for his second car company: the Henry Ford Company. Henry Ford’s opponent – a well-known automobile builder and racer named Alexander Winton – was favorited to win, but amazingly, Ford’s 70-mph, two-cylinder car “Sweepstakes” pulled off a victory at Grosse Pointe, Michigan’s Detroit Driving Club.

For his triumph, Henry Ford was given a glass punch bowl as a trophy, along with $1,000 – nearly $28,000 in today’s money – and the win allowed the enterprising car-builder to generate enough investment revenue to create the Henry Ford Company. Humorously enough, the bowl was never meant for Ford; the race’s organizers were so certain that Winton would win, they allowed his promotions manager to pick the trophy. The bowl was reportedly selected because it might look good in the bay window of Winton’s Cleveland home.

“Henry Ford was a nobody, virtually unknown even in Detroit, and Winton was the best-known racing driver in the US,” says The Henry Ford museum’s Curator of Transportation, Matt Anderson. “It’s a classic David vs. Goliath story.”

Nonetheless, the bowl remained in the Ford family’s possession right up until 1951 – four years after Henry’s death, and a year after the death of his wife, Clara. Their children didn’t know the significance of the piece, and put it up for auction, where it fetched $70 through the Parke-Bernet Galleries in New York.

Now, it’s feared the glass punch bowl won by Henry Ford and Sweepstakes back in 1901 could be lost forever. But one Ford dealer – Jim Burke Ford-Lincoln in California – is considering renewing an offer it made back in 2006: a brand-new Ford Expedition SUV for whoever is able to produce the bowl.

“Jim Burke Ford-Lincoln is committed to help retrieve and return the bowl,” says George Hay, Director of Marketing and Advertising at Jim Burke Ford-Lincoln. “We are currently considering the renewal of Jim’s generous offer. We are confident the promise of a free 2018 Ford Expedition will captivate the imagination of the country and lead to the return of the Punch Bowl.”