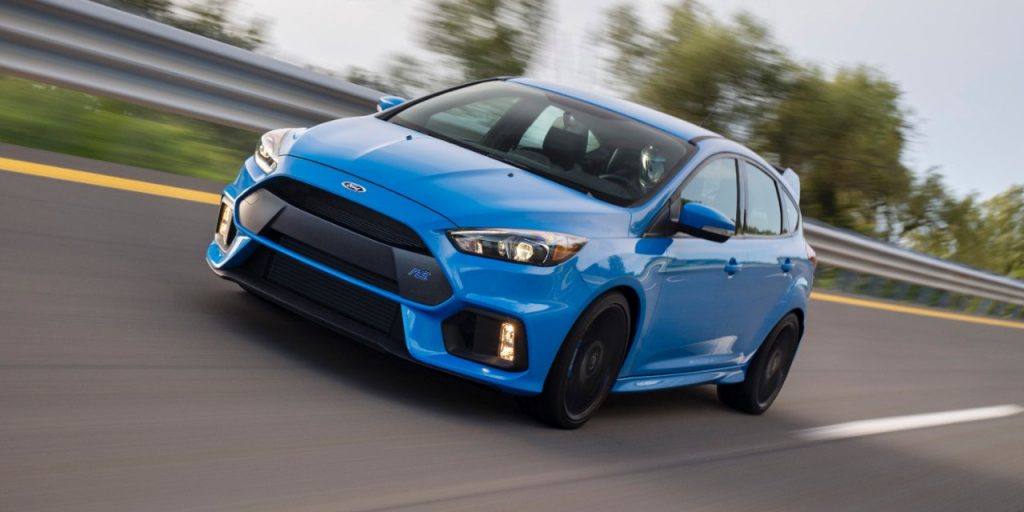 A Nitrous Blue Ford Focus RS is the car of choice for Norwegian man Evald Jåstad – a cab driver who transports customers in the 350-horsepower hot hatch, known locally as “Blue Lightning”.

“There are not many people who can say they live their dream,” says Jåstad, a 36-year-old father of two. “But I am definitely one of them.”

The Ford Focus RS is significantly quicker than your run-of-the-mill cab, capable of sprinting to 60 mph in just 4.6 seconds. It has a top speed of 165 mph. Jåstad says he’s long been a fan of rallycross, which makes the Focus RS perfectly well-suited to his preferences; around the same time that the current Mk III Ford Focus RS launched for 2016, Ford Performance launched a FIA World Rallycross effort with drivers Ken Block and Andreas Bakkerud, using a competition-spec version of the car dubbed the “RS RX”.

But it’s not just young adrenaline junkies that enjoy Jåstad’s Focus RS taxi cab; one of his regular customers is a 96-year-old woman who loves the car. “Blue Lightning is the best,” she says.

Jåstad has covered about 127k kilometers (about 78,900 miles) in his Focus RS in just 18 months, and considering the high level of demand for “Blue Lightning,” it’ll probably do many thousands more before too long.

If only all taxis were so charismatic.