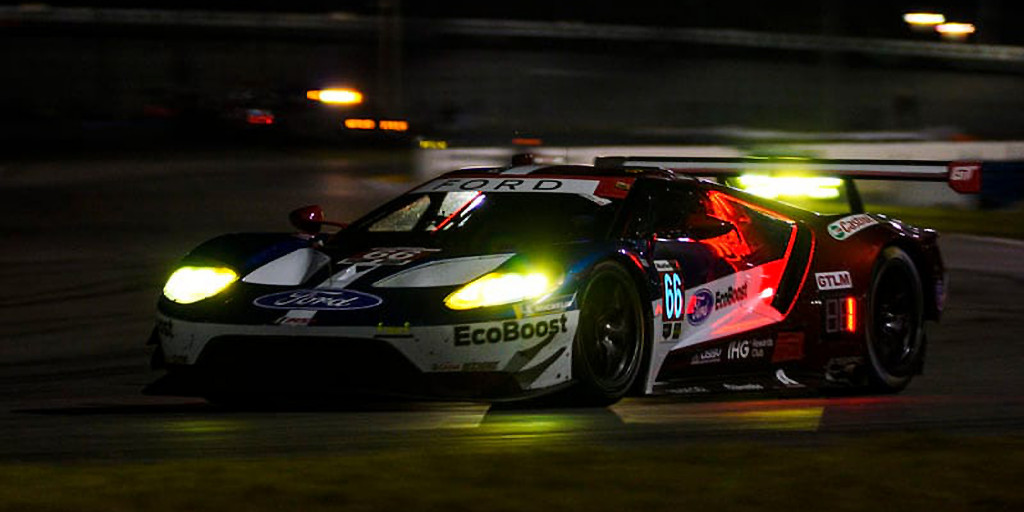 Last weekend’s “Roar Before the Rolex 24” preseason IMSA SportsCar test produced an encouraging result for Ford Chip Ganassi Racing, with Ford GT race cars posting the first- and third-fastest times in Qualifying in the GT Le Mans class. The No. 66 Ford GT of Dirk Mueller, Sebastien Bourdais, and Joey Hand turned in a best lap of 1:43.610, followed by a Corvette C7.R with 1:43.640, and the No. 67 Ford GT of Scott Dixon, Richard Westbrook, and Ryan Briscoe with a 1:43.714.

Qualifying for a place on the grid will take place later in the month, but this year, for the first time ever, the Roar Before the Rolex 24 included its own Qualifying session to determine teams’ positions in pit lane and the garage area for the 24-hour race. Because of their respective performances, the Nos. 66 and 67 Ford GT race cars will get two of the most optimal spots off the track when the Rolex 24 at Daytona takes place from Saturday, January 27th to Sunday, January 28th.

Last year, Ford Chip Ganassi Racing won the Rolex 24 at Daytona in the GT Le Mans class, so we’ll be waiting eagerly to see if the outfit can do it again.