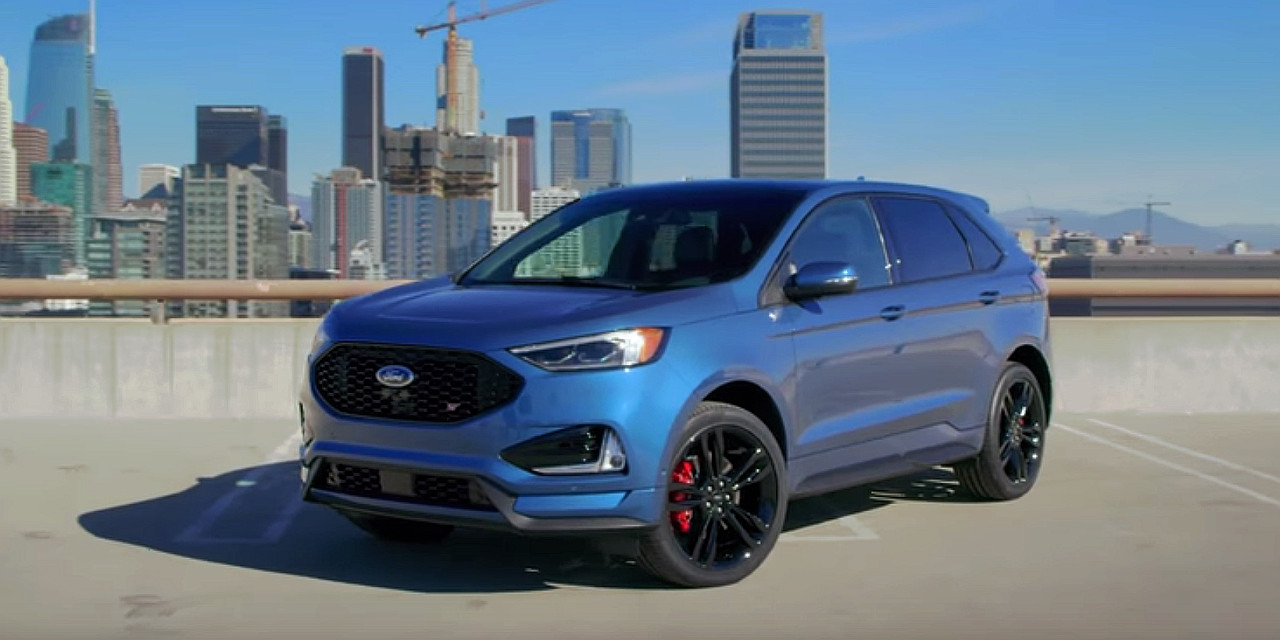 In case you missed it, Ford this week unveiled a newly-revised version of the Ford Edge crossover, which will go on sale later this year as a 2019 model, and at the same time introduced the world to its replacement for the retiring Edge Sport: the 2019 Ford Edge ST. This marks the first time that Ford has ever attempted to market a crossover as an ST, and while we here at Ford Authority received the news with a fair amount of trepidation, the new model’s specs are nonetheless impressive.

Where the outgoing Ford Edge Sport packed 315 horsepower and 350 lb-ft of torque courtesy of a 2.7-liter EcoBoost V6, its ST-badged replacement has 335 horsepower and 380 lb-ft on tap, with essentially the same motor. Improvements of 20 horsepower and 30 lb-ft are nothing to sneeze at – especially in light of the fact that the new Ford Edge ST gets a brand-new gearbox with two more forward gears than the Sport model had.

That said, we’re in uncharted territory; Ford Performance has never built a crossover model before, and some of the ST brand’s more die-hard fans might be put off by the idea of having the badge slapped on a big, heavy CUV with an automatic transmission. So, in an effort to persuade potential customers that the new, 2019 Ford Edge ST is a true performance-oriented machine, Ford Performance has enlisted the help of racing and stunt driver Ben Collins, who served a stint as “The Stig” on the BBC’s Top Gear series. In the video above, he drives the Ford Edge ST for the first time, and seems utterly pleased with its capabilities.

That’s good enough to lay our worries to rest, right?