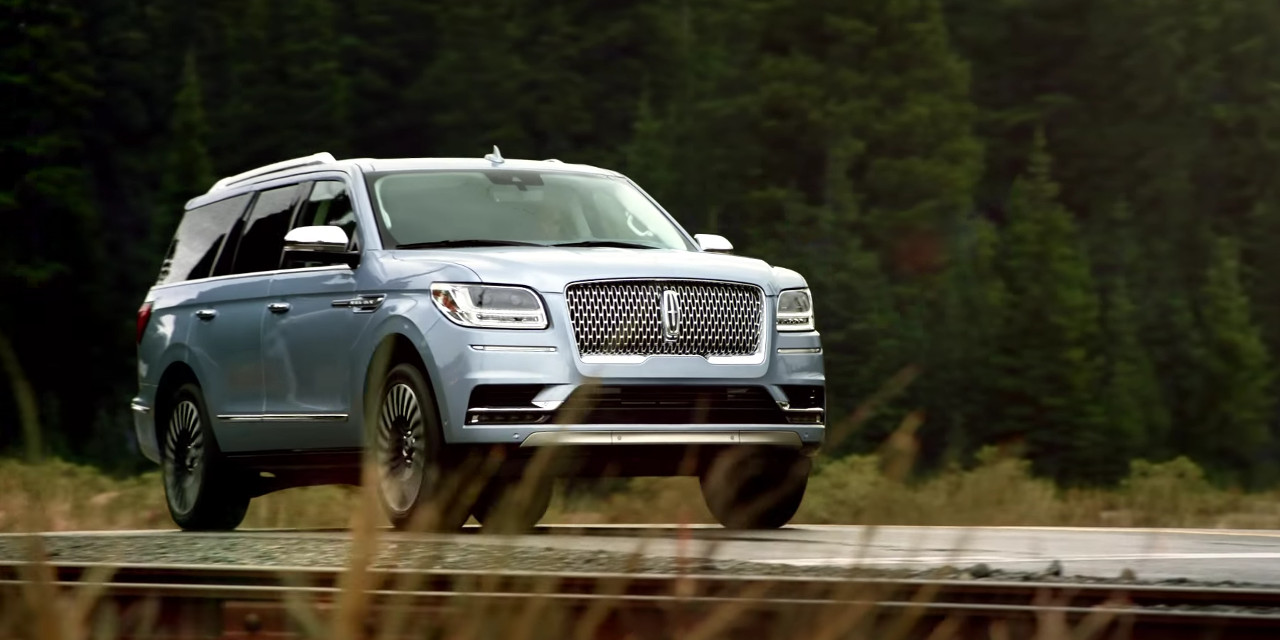 Lincoln Motor Company’s celebrity spokesperson, actor Matthew McConaughey, is back in a new television spot to advertise the redesigned, 2018 Lincoln Navigator SUV. Entitled “Perfect Rhythm”, the spot is the first of two to star McConaughey and the all-new Navigator, with direction by director and cinematographer Wally Pfister, whose body of work includes numerous Christopher Nolan films (Memento, The Prestige, Batman Begins, Inception, and others).

The new Lincoln Navigator spot features Matthew McConaughey driving a Black Label model in the signature Yacht Club theme. He comes upon a railroad crossing as a train is about to pass, and begins to slap a beat on the steering wheel in sync with the rhythm of everything happening outside the vehicle.

In other words, it’s imbued with the same characteristic eccentricity that defined the earliest Lincoln spots featuring McConaughey.

“Perfect rhythm refers to the feeling you get in those situations when everything comes together,” says Lincoln Group Marketing Manager John Emmert. “This is our most spacious, refined and capable Navigator ever, combining modern luxury with advanced technology that elevates every passenger’s experience.”

The all-new, 2018 Lincoln Navigator SUV was unveiled last year at the New York Auto Show in April. It features a lightweight aluminum alloy body, a 10-speed automatic transmission, and a twin-turbocharged, 3.5-liter V6 engine capable of producing up to 450 horsepower and 500 lb-ft of torque. “Perfect Rhythm” hit Lincoln’s Twitter and YouTube channels on December 28th, making its broadcast debut on January 1st during the College Football Playoff.