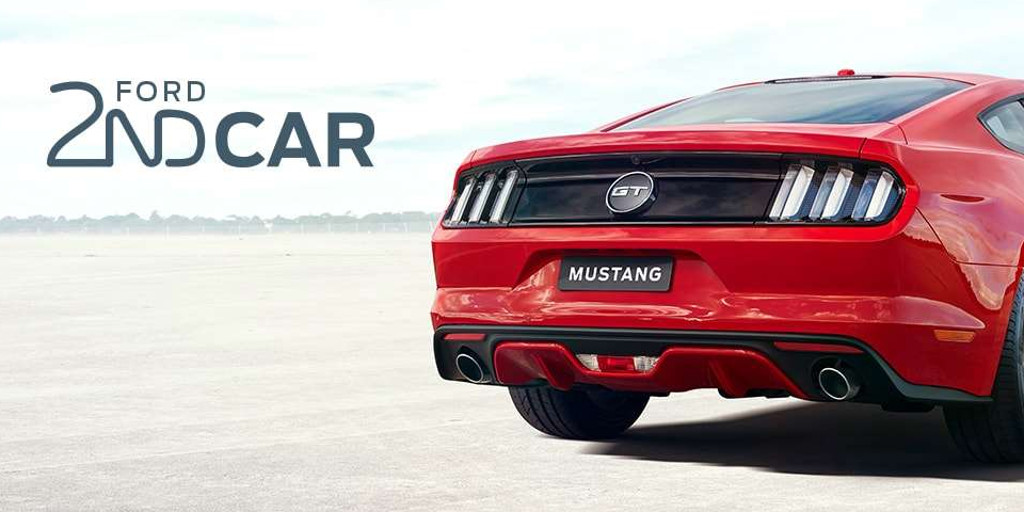 A new program being launched by Ford Australia will let new Ford customers get two weeks with a second Ford car during their first two years of ownership. Dubbed “Ford 2nd Car”, the program will soon be open to buyers of the mid-size Ranger pickup truck and compact Escape crossover, who can sign up and secure a Mustang for personal use for up to two weeks.

Initially, the Mustang will be the only Ford model available for rent as part of the Ford 2nd Car program, but a broader range of offerings will be made available later this year. A snippet on the Ford Australia website bills the program as a way to allow some new Ford customers “to cruise the coast in a Mustang, go off-roading in an Everest or… use a Transit van to move house on the weekend.”

The program is a unique twist on the subscription-based rental programs that some luxury automakers have launched, such as Book by Cadillac and Porsche Passport, both of which allow customers to pay a monthly fee to rotate between various new models out of the lineup. A similar program launched by Volvo allows customers to update to a new Volvo vehicle every 24 months.

Beside providing its own revenue stream, the Ford 2nd Car program could entice customers to purchase a second Ford vehicle by exposing them to models other than the one they’ve purchased.