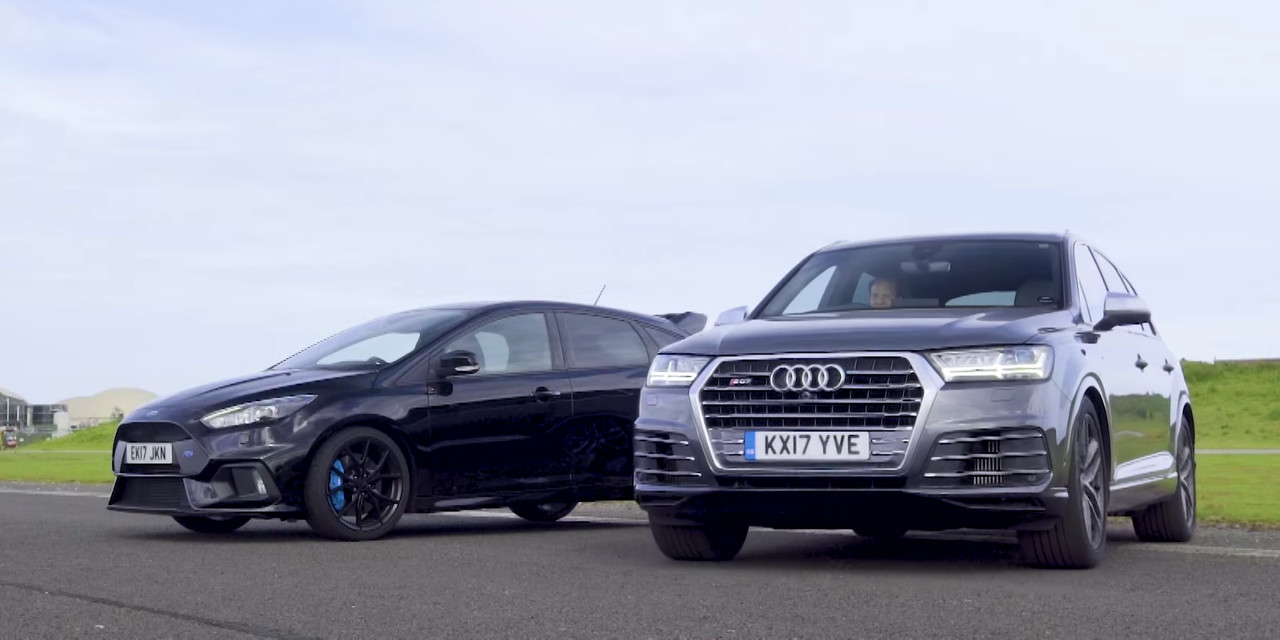 The Mk III Ford Focus RS is a quick car. We know this secondhand because the numbers from the manufacturer are impressive: 350 horsepower; 350 lb-ft of torque; and 0-to-60 mph in just 4.7 seconds. And we know this firsthand because we drove one last year, on both the track and the street.

But is it faster than a diesel-powered crossover? It depends on the crossover in question. In the drag race above, Top Gear pits the latest incarnation of the Ford Focus RS against the Audi SQ7 TDI, which gets its thrust from an absurdly complex powerplant consisting of a 4.0-liter diesel V8, a pair of sequential turbochargers, and an electric supercharger that provides torque-fill while the turbos aren’t quite up to speed. The result is up to 435 horsepower and 664 lb-ft of torque – although the bigger, heavier Audi will need all that if it hopes to beat the Focus RS in a straight-line contest of speed.

Of course, the Audi SQ7 has one more all-important tool in its chest: an 8-speed automatic transmission. This gives it two more forward gears than the Ford Focus RS, along with faster shifting and less torque interruption.

Is it enough to propel Audi’s 435-horsepower sporty diesel crossover to a win over the Mk III Focus RS? Watch the video above to find out.