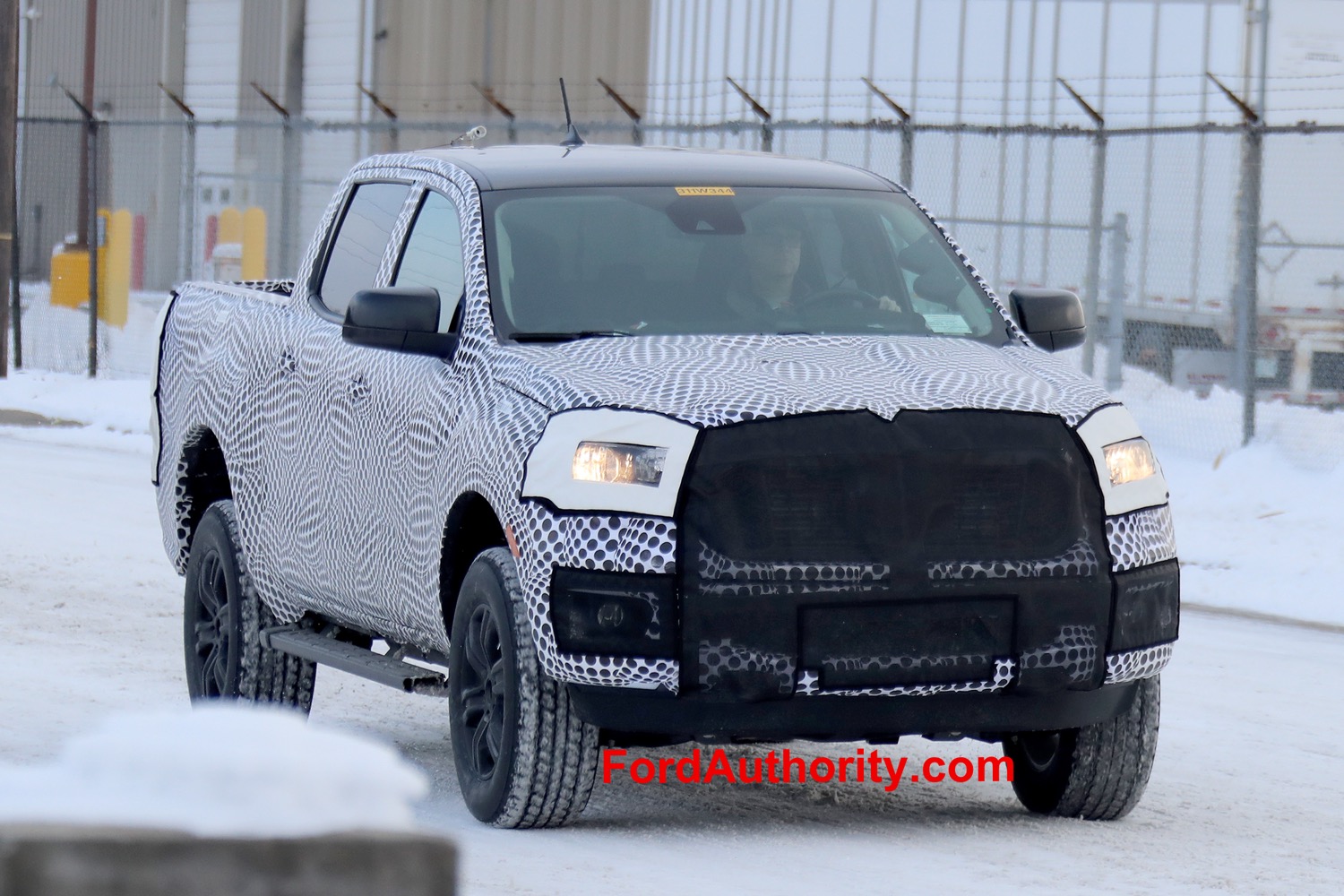 Later this year, as the North American Ford Focus compact car shifts from the automaker’s Michigan Assembly Plant in Wayne to a factory in China, a new Ford Ranger mid-size pickup will swoop in to take its place. Before then, presumably at Detroit’s North American International Auto Show later this month, we’ll get to see the brand-new truck in the flesh, and hopefully learn all about its range of engine options for the North American market.

What will those engines be? That remains a total mystery, but we have some guesses.

Looking to GM for Clues

Since the 2019 Ford Ranger will go toe-to-toe with the Chevrolet Colorado and GMC Canyon in the mid-size pickup class, it’s reasonable to look to GM for clues as to what the former will offer in terms of motivation. In the US, the Colorado can be optioned with one of three powerplants: a base, 2.5-liter gasoline I4; a 3.6-liter gasoline V6; or a 2.8-liter Duramax turbodiesel I4. Seeing as the current global Ford Ranger (T6) is already offered with a pair of Duratorq turbodiesel options – a 2.2-liter I4 and a 3.2-liter I5 – it seems likely that we’ll see one of those engines live on in the US Ford Ranger to match the Colorado’s diesel, rebranded as a “Power Stroke”.

For this, the 3.2L is the obvious choice, as it’s larger in displacement than the Colorado’s 2.8L, and has already been federalized for use in the US-spec Ford Transit van. However, if we’re sticking to federalized diesel engines, there’s also the possibility of the F-150’s impending 3.0-liter turbodiesel V6 being fitted under the new Ford Ranger’s hood. The smaller 2.2L Duratorq I4 seems an unlikely fit for the US market.

US emissions requirements also call into question the probability of the US-spec Ford Ranger Raptor being given the same 2.0-liter turbodiesel I4 expected to power the version heading to global markets.

There are more options still for gasoline powerplants. Ford won’t likely pass up the opportunity to deploy one of its turbocharged EcoBoost mills, so we expect that the automaker’s 2.3-liter EcoBoost I4 will be on offer as a premium engine option to take on the Colorado’s available 3.6L gasoline V6, although Ford’s 2.7-liter EcoBoost V6 is an even more titillating possibility. At the same time, Ford might be considered foolish were it not to offer a normally-aspirated gasoline option, so the current global model’s 2.5-liter Duratec I4 could carry on with some modification.

Sorry to disappoint those hoping for a stick: we don’t expect one to be offered in the North American Ford Ranger, even though the global T6 is available with either a five- or six-speed manual and the Colorado offers a six-speed on the 4×2 2.5L Colorado. Ford’s new 10-speed automatic, now standard across most of the F-150 lineup, could make its way to the mid-size truck, but more likely, it’ll stick with the six-speed auto regardless of engine. configuration, or trim.

EcoBoost Engine Production In North America Could Be Bad For Spain