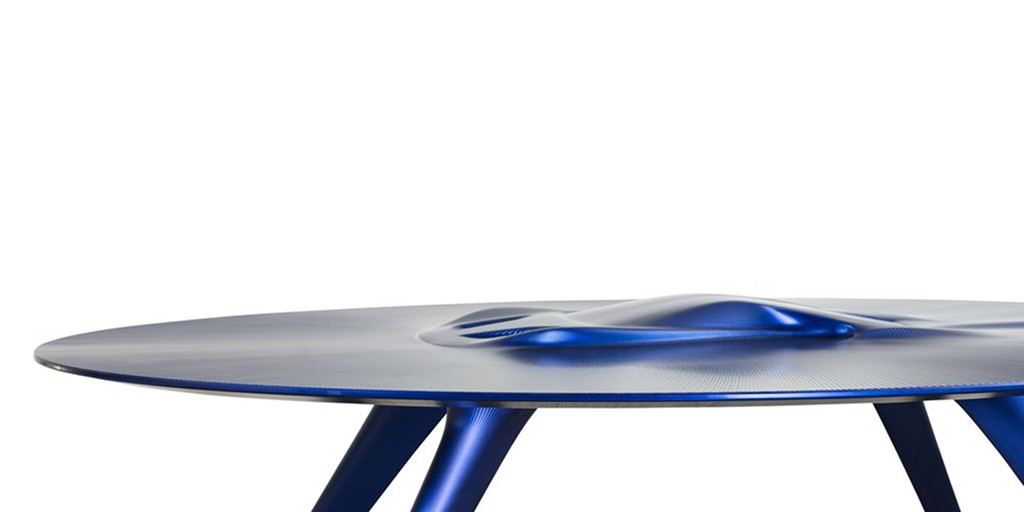 If you need a surface upon which to set your morning coffee, there’s no shortage of affordable, practical, perfectly pleasant-to-look-at tables available on the market. But if you’re looking for a table that’s more exclusive, bespoke car art piece than furniture – something to make all your-car-loving friends green with envy, no matter what pricey car art they’ve got in their own garages – a company called Discommon might like to hear from you. They’ve begun producing special, one-off aluminum tables with iconic car designs machined into the surface, each for the low, low starting price of $20,000.

Each table is made-to-order, and Discommon plans to do a run of just ten tables in total. Adding extra exclusivity is the fact that Discommon says it will produce a car design only once.

And that’s where, we’re afraid, we’re forced to bear some bad news: the current Ford GT has already been taken. Photos on the Discommon website show a gorgeous coffee table in blue with the second-generation Ford GT supercar machined into its surface. We’re fairly sure the first-generation (2005-’06) Ford GT hasn’t been claimed yet, though. Each stunning, original coffee table starts off as a four-foot-long, four-inch-thick block of aluminum that Discommon then machines down to a thin table surface with the upper portion of whatever car has been requested protruding from the surface, depicted as though emerging from water. Each one-off design requires something like 50 hours of designer time to model, and another 50 for texture development, Discommon says. The end effect is undeniably cool.

Is it $20k cool? Not on our salaries, but if you’re the sort of person who makes Ford GT money, we suspect price isn’t much of an object to you.

For more photos and info, head to Discommon.com.