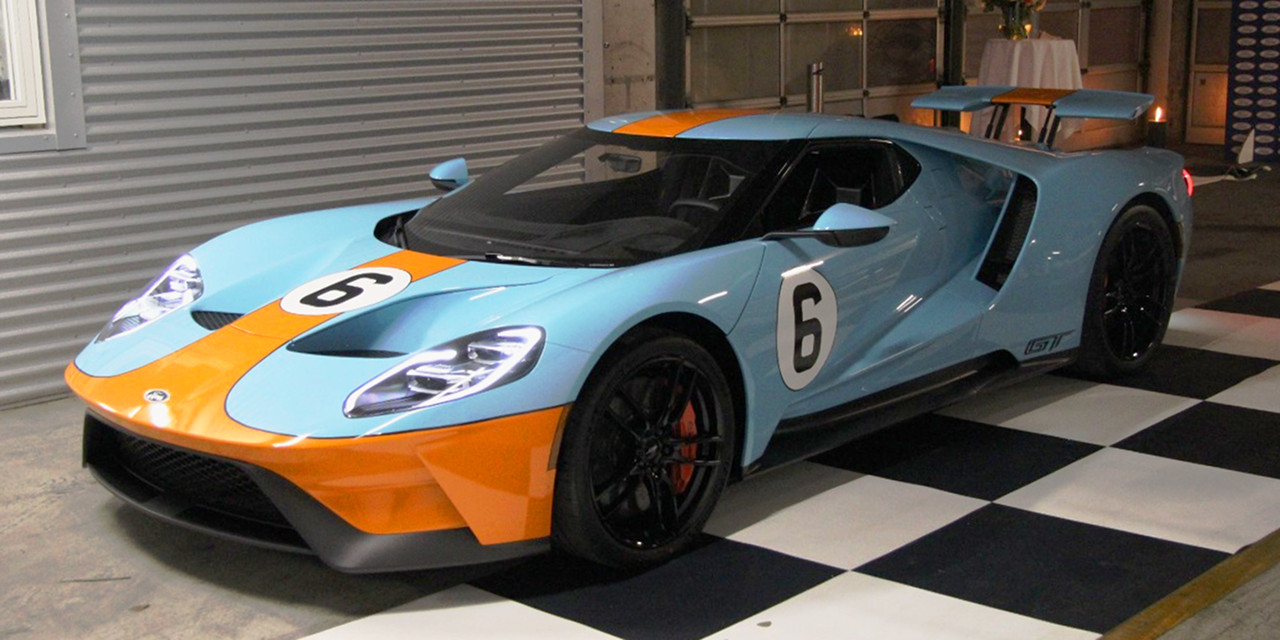 A Danish racing driver by the name of Jason Watt has become the first person in Scandinavia – and one of the first in all of Europe – to take delivery of the new, race-proven Ford GT supercar. Watt’s Ford GT could well be the first in the world to have a handicap license plate, as he’s paralyzed from the chest down following a tragic motorcycle accident in 1999.

Despite the after effects of the accident, Watt has remained active in racing, driving specially modified cars that could be operated with just his hands. He even won the 2002 Danish Touring Car Championship.

As with his race cars, Jason Watt’s 2018 Ford GT supercar will be modified so that it can be controlled with his upper body, and a roof rack will be installed to transport his wheelchair. At a handover event for the car in Copenhagen, Watt said his Ford GT “is probably the world’s fastest car that can park in disabled parking spaces.”

Given the GT’s 216-mph top speed, Watt may be right about that.

Watt’s 2018 Ford GT features a Gulf livery-inspired paint job and the No. 6 – just like the 1969 Le Mans-winning Ford GT40 Mk. I, driven by Jacky Ickx and Jackie Oliver. A paint job inspired by that livery was available on the previous-generation Ford GT, sold from 2005 to 2006, in “Heritage Edition” trim. Additionally, Watt’s car has red painted brake calipers and forged aluminum wheels in gloss black.

Those details don’t much matter, mind you, but it’s always fun to see how Ford’s elite few GT customers spec their new supercars.

To see clips from Jason Watt’s Ford GT handover event in Copenhagen earlier in the month, watch the video above.