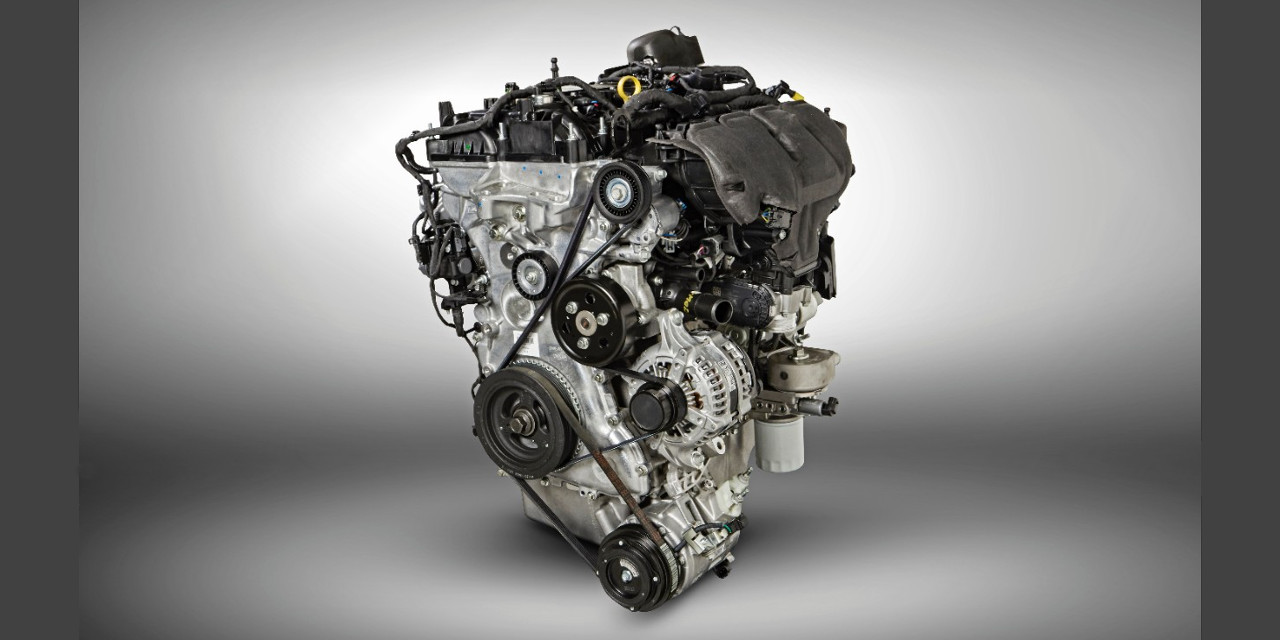 Ford Motor Company has filed a patent for a new type of cylinder head design that could, in theory, cut down on weight, slash manufacturing costs, and save money on raw materials.

How? By replacing most of the metal content with a polymer composite.

Parts of the cylinder head would remain metal out of necessity, of course; Ford’s patent application describes an “internal metal structure” made of cast iron, which could include the upper combustion chambers, combustion chamber inserts, fire deck, engine coolant ports, and oil drain ports. This would be enshrouded by a polymer composite structure that could contain oil feeds for hydraulic valve lash adjusters and spark plug/fuel injector pockets (assuming the engine has direct injection).

That polymer might be reinforced by a fiber material, the patent application notes, including carbon fiber, aramid fiber, glass fiber, or other alternatives.

Ford’s proposed hybrid metal-composite cylinder head isn’t the first attempt to innovate with regard to head material; the automaker notes in its patent application that at least two patents have been granted for designs that use a hybrid of metal and ceramic. However, these heads “have a limited peak thermal and pressure carrying capabilities,” and “ceramic materials cannot be molded around a metal skeleton of the cylinder head.” Using a fiber-reinforced polymer could potentially solve these issues, allowing for cheaper, lighter Ford cylinder heads that can deliver all the benefits of iron, greater tensile strength and lower thermal expansion being among them.

(Hat-tip: The Truth About Cars)