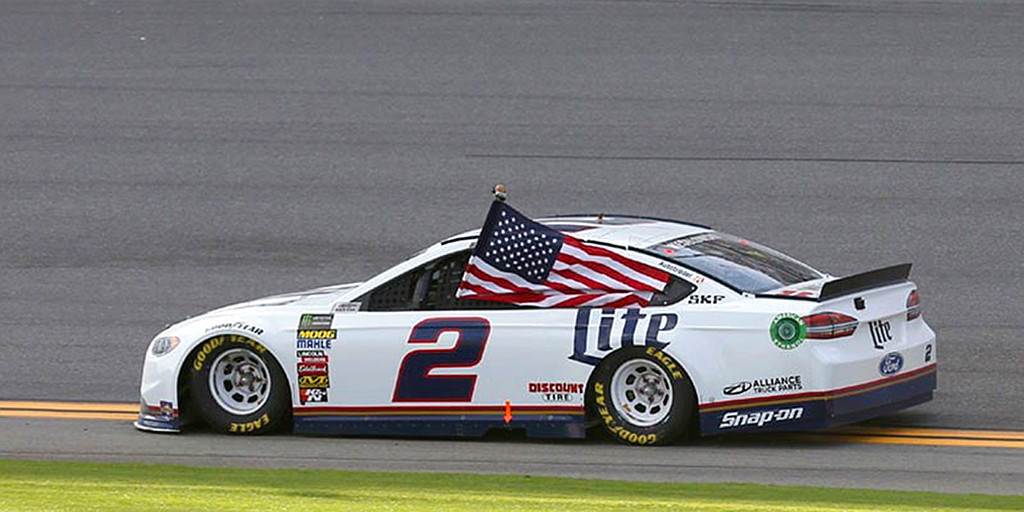 Four Ford drivers took the first through fourth finishing positions at last weekend’s Advance Auto Parts Clash at Daytona International Speedway stock car exhibition race. Being an exhibition event, no Monster Energy NASCAR championship points were awarded, but the result is a testament to the Ford drivers’ readiness for the 2018 season – especially for Team Penske, whose drivers claimed first, second, and fourth at the event.

Keselowski, who had never before landed in Victory Lane during Daytona Speedweeks, says the win “means a lot.”

“I have never won anything here during Speedweeks and I feel like I have choked them away, to be quite honest,” he said after the race. “You need one to break through. Hopefully this is our breakthrough.”

Keselowski says his No. 2 Miller Lite Ford Fusion was running hot toward the end of the race, making him “more worried about it blowing up than anything else. Doug Yates and his guys did a good job giving me something real durable to take all that and keep digging.

The 60th running of the Daytona 500, which will officially kick off the 2018 Monster Energy NASCAR Cup Series, is set to take place on Sunday, February 18th. Qualifying Duel races will be held on Thursday, February 15th.